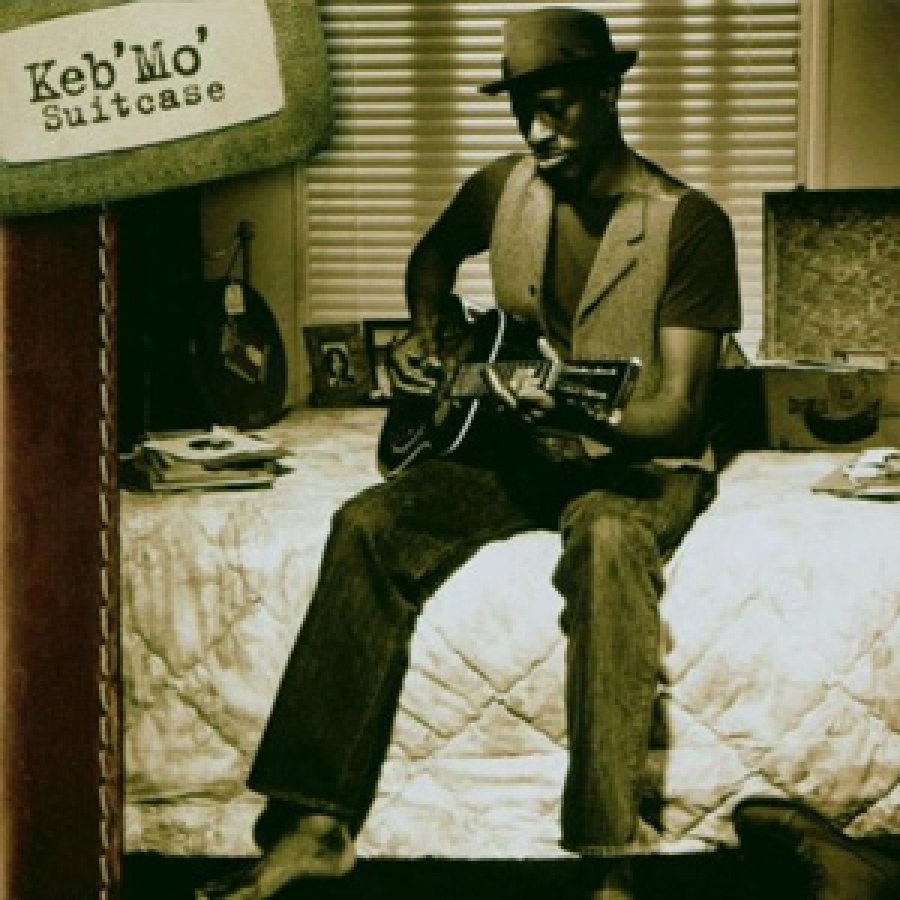 KEB' MO' (born Kevin Moore) is back with his eighth album, Suitcase, and it's another stellar collection of blues/folk/pop tunes that feature his signature tasty, understated guitar licks and hum-along songs.

It's kind of easy to take an artist like Keb' for granted, because he's so doggone consistent. Suitcase breaks no new artistic ground, but it does boast some of his best songs to date, including the first single "Remain Silent", "The Itch", and "Whole Notha' Thing". He recorded this collection of songs with producer JOHN PORTER (LOS LONELY BOYS, B.B. KING, SANTANA) at the legendary Shanri-La Studios in Malibu, California (where folks like ERIC CLAPTON, BOB DYLAN, and THE BAND have recorded).

Keb's been quoted as saying that Suitcase contains some of his most personal songs. He also said "... the music on this record represents life happening in all of its shades and shapes. I hope that spirit is conveyed to the listener." I have no doubt that the communication between listener and performer will always remain intact when considering the music of Keb' Mo', and Suitcase just may take that relationship to an even higher level.

More in this category: « Zero 7 - The Garden - Atlantic Dixie Chicks - Taking The Long Way - Columbia »
back to top