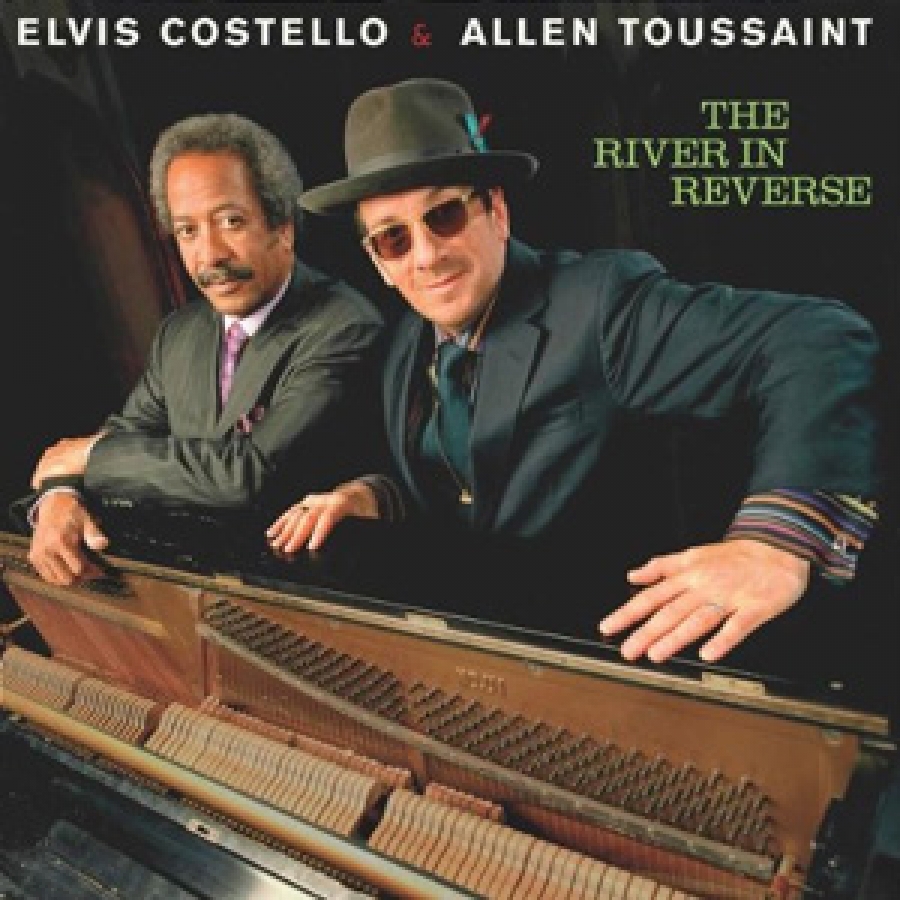 ELVIS COSTELLO is one of music's most talented chameleons. Throughout his career, he's constantly explored any and all stylistic avenues - classical, country, punk, R&B, etc. His new album with legendary New Orleans writer/producer ALLEN TOUSSAINT is another chapter in his distinguished quest for musical diversity.

The River In Reverse features seven songs penned by the immensely talented Toussaint, five brand new tunes written by both artists, and the Costello-written title track. It was produced by JOE HENRY, who is showing himself to be increasingly proficient in capturing musical moods, and recorded in just two weeks in L.A.and at Piety Street Studios in New Orleans. While coming across as a musical salute to the inherent verve and spirit of New Orleans music in the wake of last year's devastating hurricane, Toussaint has said that this is "...not a sympathy record. These songs can live in war and peace, anytime, anywhere. This recording is far more important, and bigger, than Katrina."

Toussaint's horn arrangements are especially excellent on this disc. Costello does a great job vocally throughout, and the entire band (made up by both Costello and Toussaint sidemen and friends) swings. The quick recording time of this album's sessions could have spelled sloppiness in lesser hands, but these pros have responded with a recording that is warm, immediate, and real.

BUY THIS CD: The River in Reverse