Bruce Springsteen - We Shall Overcome: The Seeger Sessions - Columbia 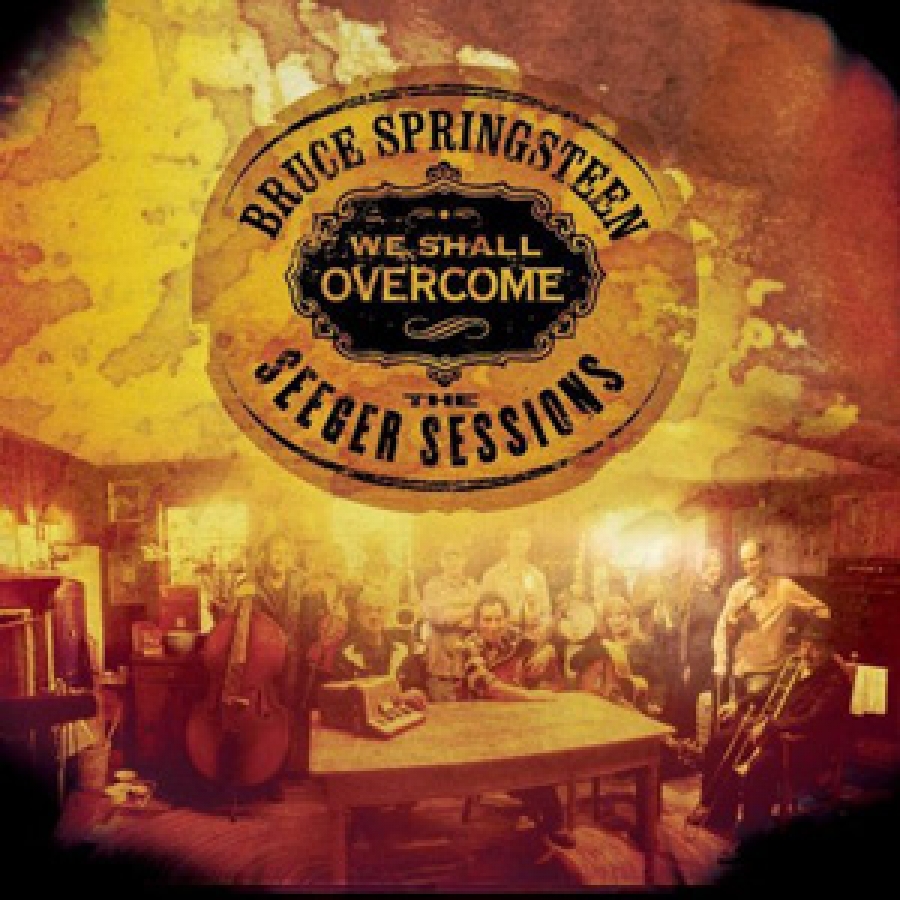 Ever since the Nebraska album in 1982 (and probably earlier for astute Bruce-heads), we've known that Springsteen has has more than a healthy dose of respect for the folk idiom. We Shall Overcome: The Seeger Sessions is not only a salute to the stylings of PETE SEEEGER, but also an acknowledgement of the American tradition of storytelling through song. It's a lovingly detailed album from an artist who understands his roots more than most musical superstars.

Starting with the title track - which was originally recorded for the 1998 Seeger tribute Where Have All The Flowers Gone: The Songs Of Pete Seeger, Vol. 1 on Appleseed Recordings - Springsteen shows reverence for the material, but also a healthy dose of energy. "Pay Me My Money Down" and "Jacob's Ladder" chug along very nicely, for instance. Springsteen sounds right at home with the large, mostly acoustic ensemble he used for this record. Most of the songs were culled from the more traditional side of Seeger's repertoire. It's also going to be a "Dual Disc" release, and includes a DVD with a 30 minute documentary about the making of the album.

If you've been waiting for a classic E-Street Band Springsteen album, keep listening to last year's Hammersmith Odeon '75 disc. If you want to further explore what makes this guy tick, take a close listen to We Shall Overcome. It seems like more than a "influence" record... it seems like a spiritual roadmap for Bruce Springsteen's feelings about communication through music.

BUY THIS CD: We Shall Overcome: The Seeger Sessions

More in this category: « Mark Knopfler & Emmylou Harris - All the Roadrunning - Warner Bros. David Gilmour - On An Island - Columbia »
back to top