The Flaming Lips - At War With The Mystics - Warner Bros 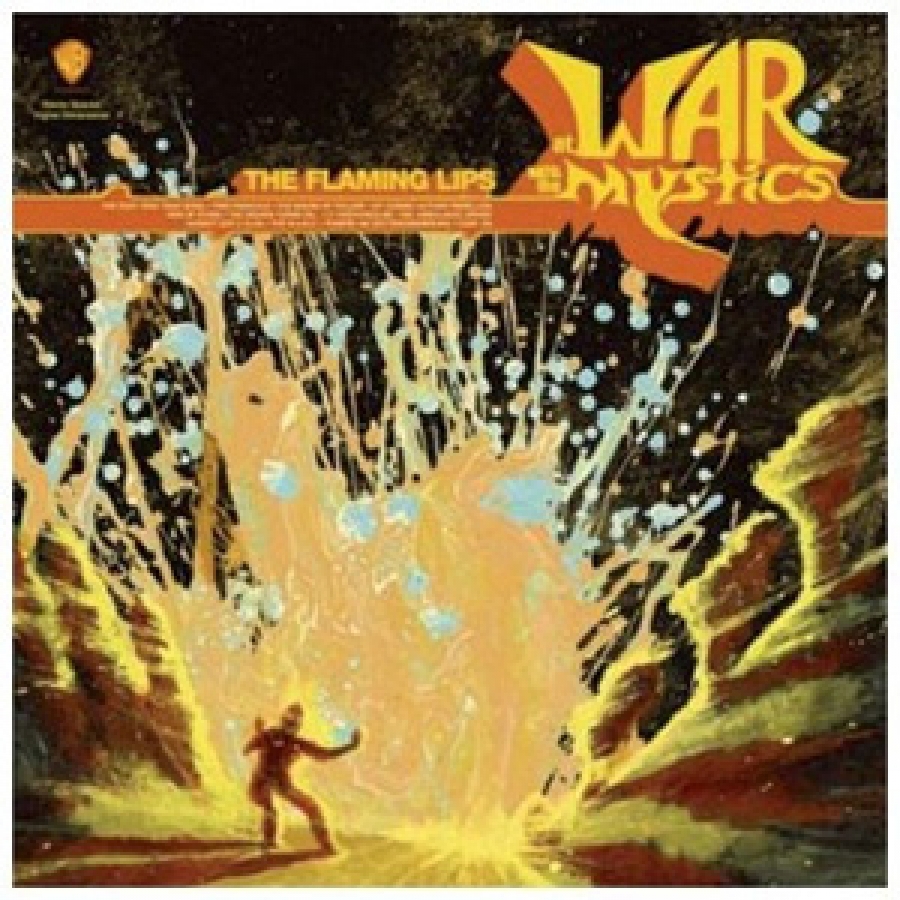 WAYNE COYNE and company - the endlessly endearing FLAMING LIPS - continue their strange and beautiful musical/psychological journey on At War With The Mystics, an album that undeniably rocks, makes you laugh, and provides a musical soundtrack for the proverbial "wonder of it all".

You would have to be an extremely bitter person not to root for these guys. Emerging from a decidedly working-class background in Oklahoma City, the Lips have been at this for over 20 years now. As nicely portrayed in last year's wonderful bio-pic "The Fearless Freaks", there was something else going on in Wayne's mind all along, and it all had to do with space, expansion and a healthy distaste for boundries and expectations. At War With The Mystics is another example of that desire to go beyond, dig deeper and consider the universe. The musical weirdness remains, and there are plenty of sounds on this new release to keep the tag "psychedelic" on the Lips. Early PINK FLOYD, maybe even ZAPPA-type sonics are present. But Coyne is also blessed with a great ear and appreciation of pop music (think BEATLES, BRIAN WILSON), and that combination of experimentation and song structure, melody & rhythm makes him a remarkable songwriter.

Start with "Free Radicals", "My Cosmic Autumn Rebellion" and "The W.A.N.D.", then check out "Mr. Ambulance Driver" for an overview of At War With The Mystics. Let the entire album wash over you in one sitting for the full experience. What you'll notice lyrically is a overriding theme of death and loss, of endings, and - ultimately - of salvation. There is really no other band on earth like the Flaming Lips, and they've arrived at this state effortlessly and totally without pretention. Even the most pragmatic among us may feel the need to gaze into the night sky and wonder after spending some quality time with At War With The Mystics.

BUY THIS CD: At War with the Mystics