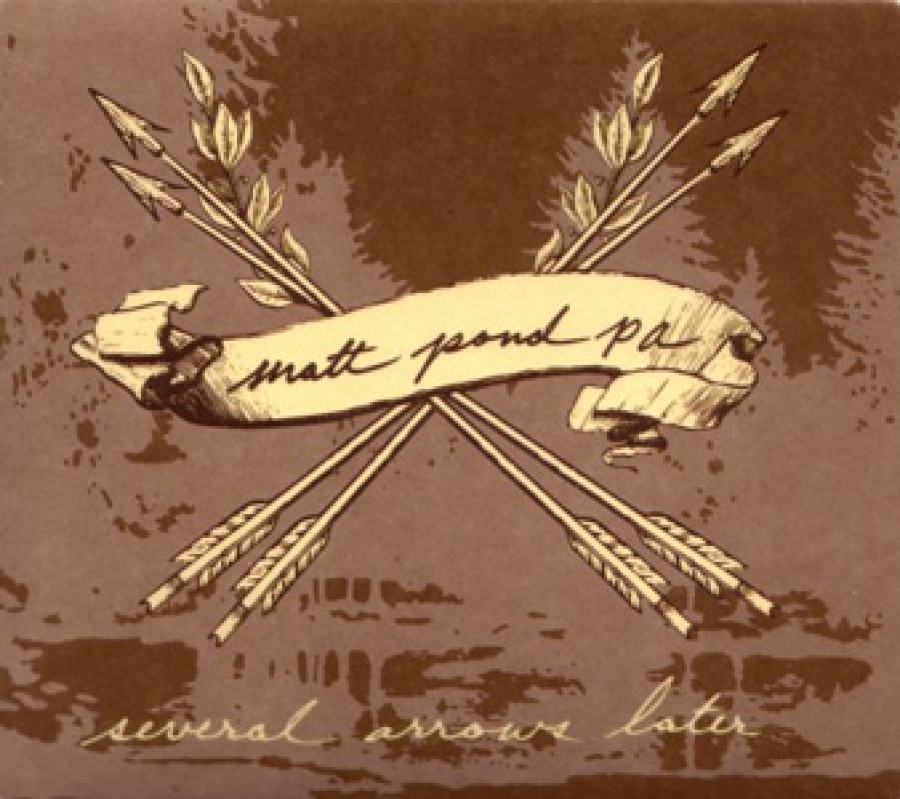 Chamber pop quintet Matt Pond PA is led by singer/songwriter Matt Pond, who formed the group upon relocating from New England to Philadelphia in the late Nineties. In 2003, Pond left Philadelphia for Brooklyn, and eventually met the rest of the band that would ultimately become the strongest lineup of Matt Pond PA since its inception.

Like Death Cab For Cutie, REM and The Shins, Matt Pond PA favor jangly pop melodies and confessional lyrics. While their cover of Oasis's "Champagne Supernova" on The OC television show may have made them new-teen heartthrobs, MPPA create a mature acoustic style that can be both soft and lilting or driving with melodic and rhythmic intensity.

Several Arrows Later is an emotionally charged and musically satisfying collection of songs - perhaps the band's best to date. Pond has an earnest, yearning voice underscored by some terrific musical arrangements. Highlights include "So Much Trouble," "The Trees And The Wild," "Brooklyn Stars," and "Emblems." Don't overlook this record; it's a great release from a band just on the verge of reaching a much larger audience.

Click here to purchase this and other great music from WorldCafeCDs.com!

More in this category: « Various Artists - Our New Orleans - Nonesuch ALO - Fly Between Falls - Brushfire Records »
back to top