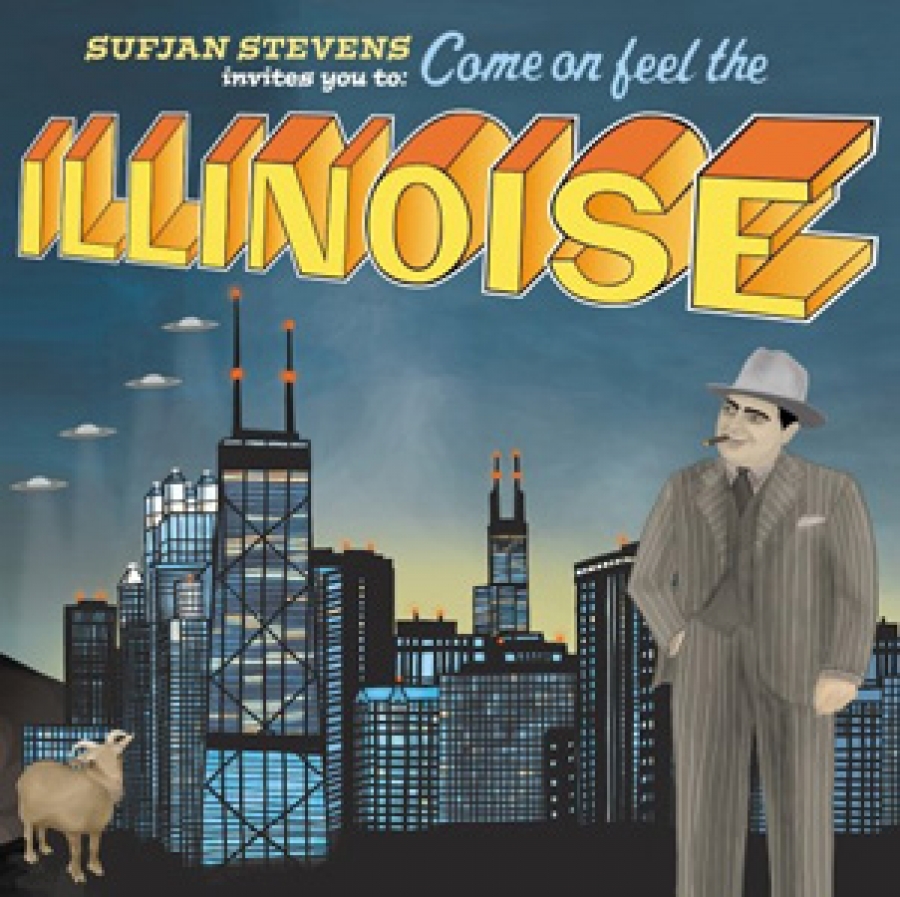 To quote many of the music reviews coming in on singer-songwriter Sufjan Steven's new album, "this might be the year's masterwork." Every once in a while a record comes along with such breathtaking creativity and audaciousness and Illinoise is this year's model.

Two years after the release of Greetings From Michigan: The Great Lakes State, a fifteen song concept album, produced and performed by Stevens - about his home state he has returned with the second of his ambitious "50 States" project, the 74-minute spectacular Illinoise, his take on the Windy City.

A lush, excessive, strange and giant record, Illinoise is as accessible as it is challenging. It is an extraordinary musical achievement that is equal parts Yes, The Band, Aaron Copeland, Stephen Foster, John Philip Sousa and somewhere in there - a little Bob Dylan. Illinoise co-mingles folk-epics, rock and roll, and charming orchestral arrangements with lyrics that speak to some of Chicago's most historical people and events. And the release is more notable by the fact that Stevens himself plays almost every instrument with support from the "Illinoisemaker Choir."

Illinoise is truly remarkable; I can't wait to hear what he does when he records his Pennsylvania album.

More in this category: « Nickel Creek - Why Should The Fire Die? - Sugarhill Jason Mraz - Mr A-Z - Atlantic / WEA »
back to top