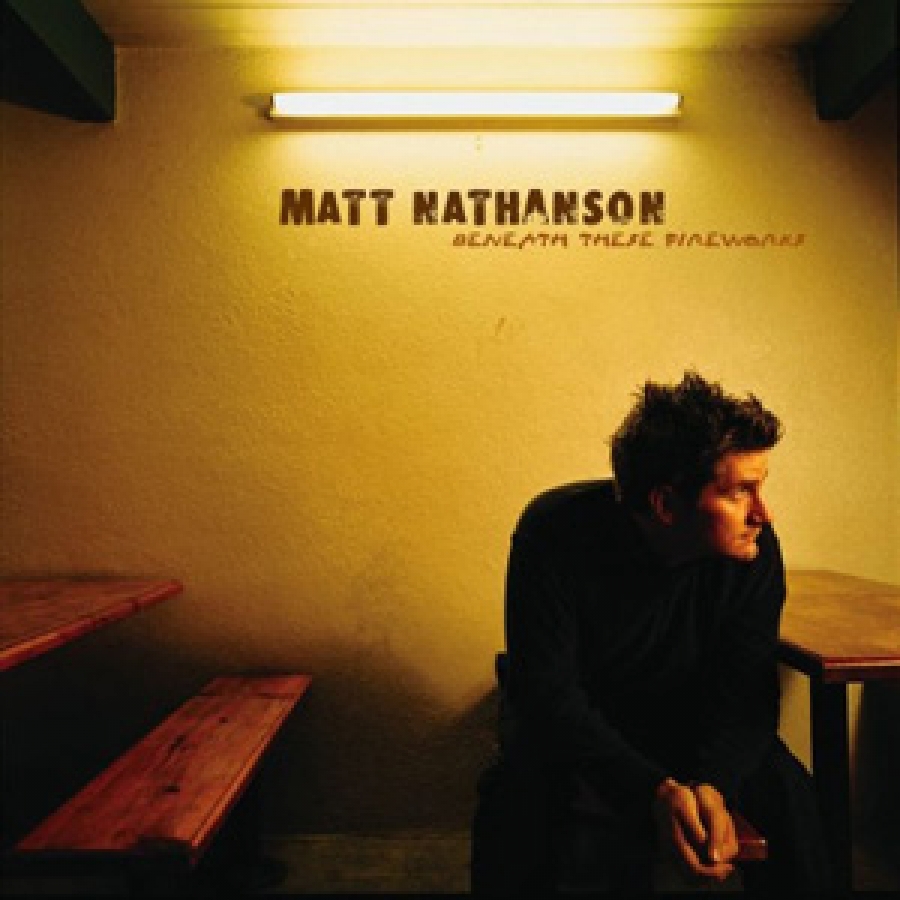 Beneath These Fireworks is singer-songwriter Matt Nathanson’s sixth album in ten years. Born in Massachusetts and based in San Francisco, Nathanson has built a loyal and impassioned grassroots following over the last few years.

Comparisons to John Mayer, Howie Day and Jason Mraz notwithstanding, Nathanson has his own completely unique musical identity that includes a live show that literally has him taking unsuspecting audiences by storm. He knows how to entertain, and his performances take his recorded songs to a completely intense level.

As a songwriter Nathanson can be intimate, reflective, and bittersweet. He’s got a knack for classic pop song structure not too unlike Rob Thomas and the forementioned Mayer. On Fireworks, he’s recorded some new songs as well as re-recording some of his (and his fan’s) old favorites. Songs like “Sad Songs,” “Suspended,” and the brilliant “Curve of the Earth,” are likely to hook you in from the start. And at the finish, you’ll hopefully recognize a fully realized talent.