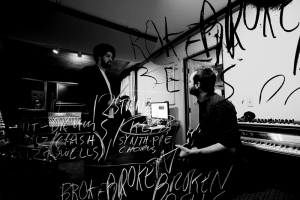 May 9, 2014 - This week on Conversations from the World Cafe, Broken Bells join host David Dye. Shins frontman James Mercer and producer Brian Burton, also known as Danger Mouse, first met in 2004. At the time, The Shins had recently released their critically acclaimed second album Chutes Too Narrow, and Brian Burton had just put out his famed mash up The Grey Album and began working with his Gnarls Barkley collaborator Cee-lo Green. It took a few years for Mercer and Burton to find the time to work together, but in 2010, the pair released their first album as Broken Bells. In February they returned with their second disc After the Disco. Between the title and the sound of the record, some fans have wondered if the duo really love disco. They’ll explain their feelings about it in our interview as well as talk about how this projects compares to their other work outside of Broken Bells. That and more this week on Conversations from the World Cafe!
Tagged under
Read more... 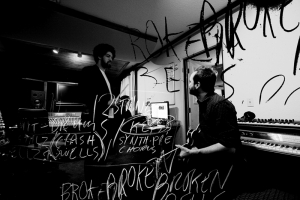 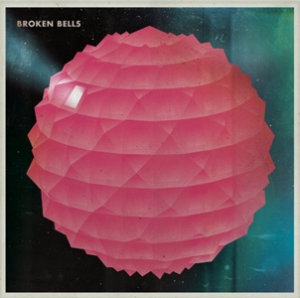 What do you get when you cross the precious indie-pop melodies of The Shins with the futuristic beats of DJ/producer Danger Mouse? Well, the one-of-a-kind collaboration between James Mercer, frontman and songwriter from The Shins, and Brian Burton, aka Danger Mouse and co-founder of another ground-breaking partnership Gnarls Barkley, is known as Broken Bells. And the duo’s self-titled debut offering is witness to the best of what both have to offer.