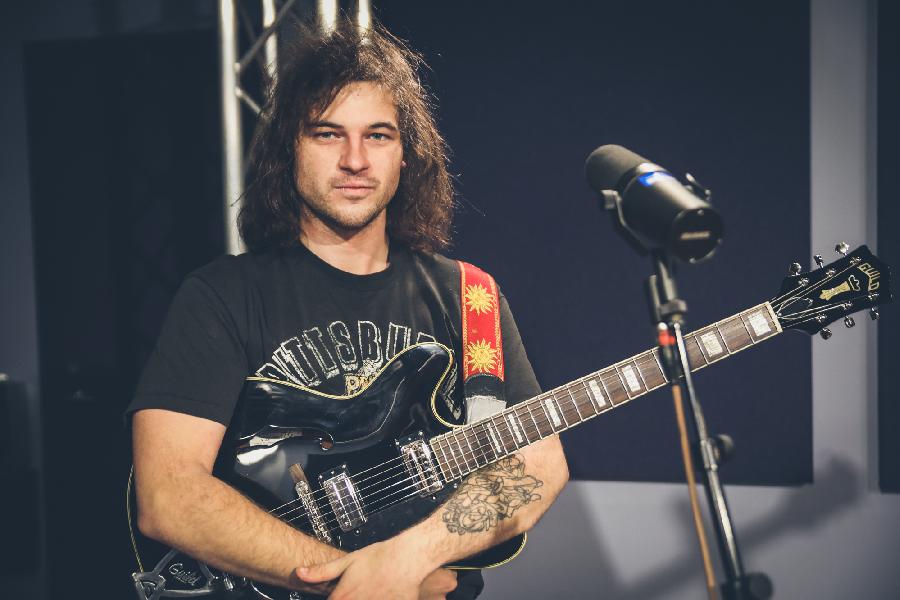 The prolific guitarist performs songs from his latest album, Golden Sings That Have Been Sung, which showcases his subtle humor and stellar fingerpicking.
Prolific guitarist Ryley Walker says his musical aim is "to freak [his] audience out ... in a nice way". He was schooled in what he calls the "weirdo scene" - in Chicago's experimental independent clubs, where the name of the game is improvisation and every song is simply a jumping-off point for endless exploration. Walker's latest record, Golden Sings That Have Been Sung, is his third in three years and a stunning follow-up to his 2015 instrumental release, Primrose Green. It showcases the self-deprecating and subtle humor of his lyrics as much as his stellar fingerpicking and the heavy musicianship of his band.


HEAR THE COMPLETE SESSION AND MORE ON NPR MUSIC HERE

More in this category: « Celeste On 'Hear My Voice' And The Pressures Of Success The Culture Corner: The Beastie Boys' Pledge To Tibetan Independence, 25 Years Later »
back to top
Site Map | Help & FAQs | Privacy | Contact | Playlist | Public Inspection File | Public File Help
Copyright 2022 WXPN-FM / The Trustees of The University of Pennsylvania, All Rights Reserved
XPN.org is made possible with the generous support of XPN Members and our Business Sponsors.