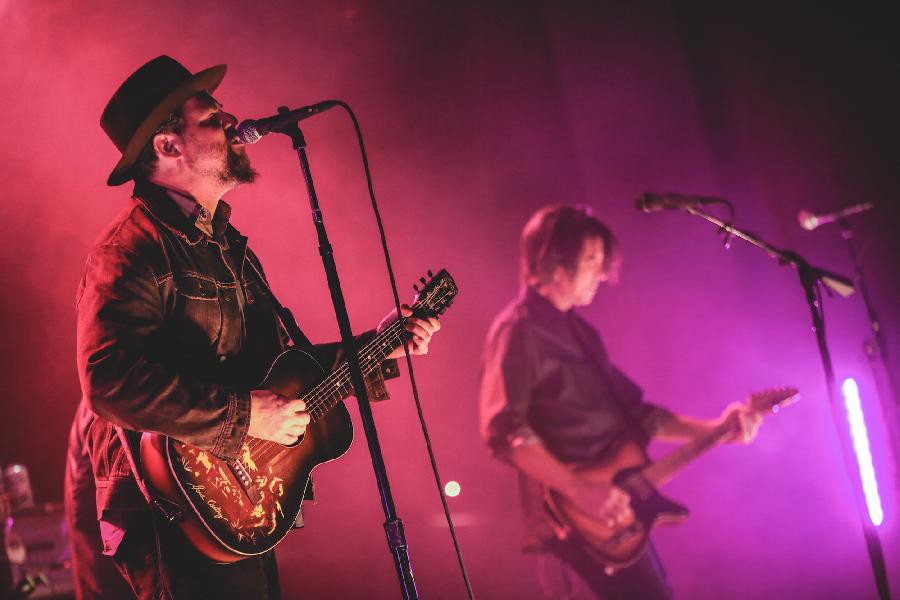 "I didn't set out to write any of this stuff. It was kind of just what was eating at me," lead singer Patterson Hood says of the politically charged songs on the Truckers' latest album.
I'll bet that all of us can remember what we were doing and thinking on this past Election Day. The members of Drive-By Truckers were at World Cafe Live, performing and discussing their new album, American Band. The timing couldn't have been better - American Band may be the most political record of Drive-By Truckers' career, though the band has been writing songs about being from the South since its 2001 debut. (Principal songwriters Patterson Hood and Mike Cooley both come from Alabama.)

Click below to stream the complete two hour show.

More in this category: « On 'Delta Kream,' The Black Keys Pay Tribute To Hill Country Blues Get Up Close And Personal With Buck Meek's 'Two Saviors' »
back to top
Site Map | Help & FAQs | Privacy | Contact | Playlist | Public Inspection File | Public File Help
Copyright 2022 WXPN-FM / The Trustees of The University of Pennsylvania, All Rights Reserved
XPN.org is made possible with the generous support of XPN Members and our Business Sponsors.