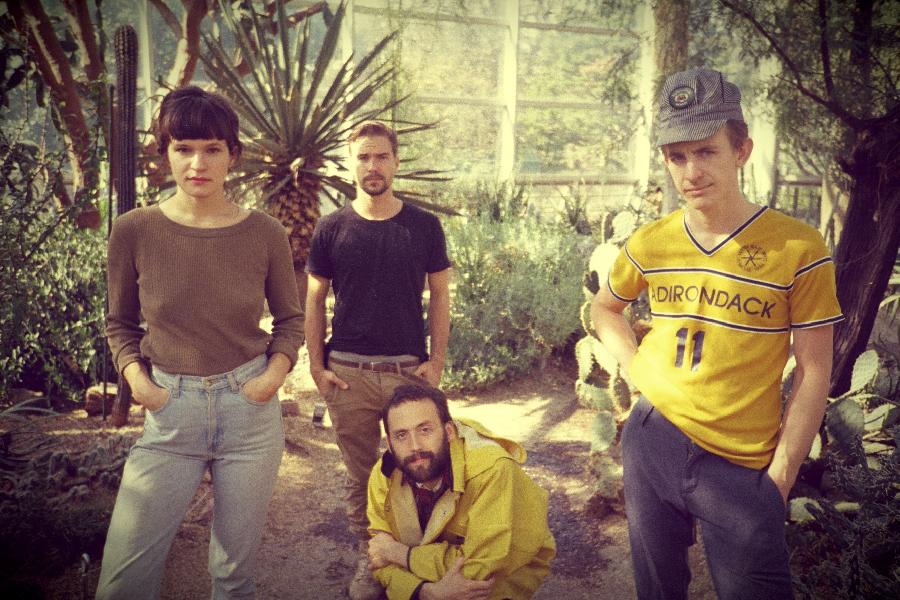 The Brooklyn band, featuring songwriting partners Adrianne Lenker and Buck Meek, released its debut earlier this year. Hear tales from the studio and live performances in this session.
Singer and guitarist Adrianne Lenker is the main songwriter in the Brooklyn band Big Thief. Originally from Minneapolis, she found a songwriting partner in Texas artist Buck Meek. After making two EPs together, they decided to form Big Thief and worked up the songs that have become the debut album Masterpiece, whose title is certainly a little tongue-in-cheek. The band, now a four-piece, recorded the album in upstate New York, bonding over meals as they worked long hours. Hear tales from those sessions in this conversation, along with live performances of some of the new songs.

HEAR COMPLETE SESSION AND MORE ON NPR MUSIC HERE
More in this category: « Tame Impala's Kevin Parker Discusses The 'Unlistenable' Music He Made As A Teen Typhoon Explains The Challenges Of Recording An Album With 8 People, Mid-Lockdown »
back to top
Site Map | Help & FAQs | Privacy | Contact | Playlist | Public Inspection File | Public File Help
Copyright 2022 WXPN-FM / The Trustees of The University of Pennsylvania, All Rights Reserved
XPN.org is made possible with the generous support of XPN Members and our Business Sponsors.