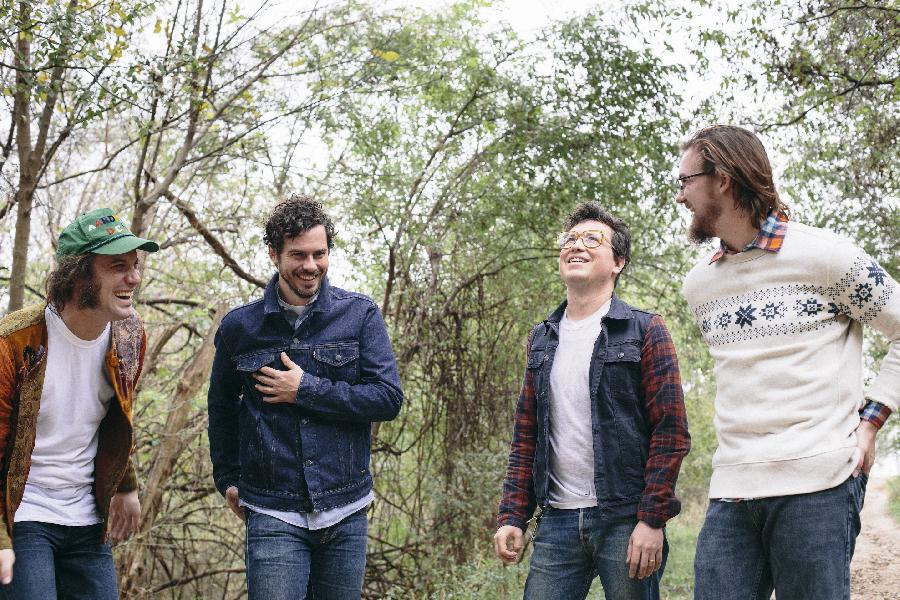 The Austin band has emerged from a roster change with its frenetic guitar-rock sound fully renewed.
White Denim's new album, Stiff, takes the Austin band back to the frenetic guitar-rock sound of its earlier days. World Cafe last caught up with the band after it released its 2013 album Corsicana Lemonade, which was partially recorded with producer Jeff Tweedy in Wilco's studio space in Chicago. Since then, two of White Denim's original members have departed, leaving Steve Terebecki and James Petralli to regroup and record Stiff with producer Ethan Johns. Watch an in-studio performance video below, and hear the full conversation above.

HEAR THIS COMPLETE SESSION AND MORE ON NPR MUSIC HERE
More in this category: « From Jam Session To Song: The Wood Brothers On 'Kingdom In My Mind' Jeff Goldblum Gathers An Assortment Of Guest Vocalists On His Latest Jazz Album »
back to top
Site Map | Help & FAQs | Privacy | Contact | Playlist | Public Inspection File | Public File Help
Copyright 2022 WXPN-FM / The Trustees of The University of Pennsylvania, All Rights Reserved
XPN.org is made possible with the generous support of XPN Members and our Business Sponsors.