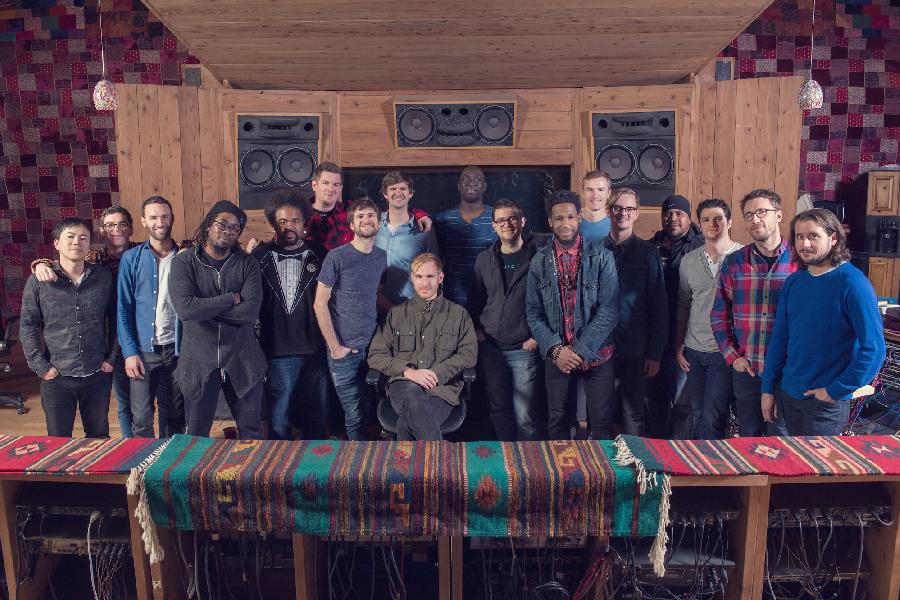 The Brooklyn band's music fuses rock, jazz and funk. Hear a live in-studio performance by a 12-piece incarnation of the instrumental powerhouse.
With all the genre and style possibilities that are a part of its music, the Brooklyn band Snarky Puppy is happy just to be called an "instrumental band." It's the only label inclusive enough to encompass the band's fusion of rock, jazz and funk. Snarky Puppy is in its element when it's performing live, and it's often recorded its albums that way: live in the studio, often with an audience.


HEAR THIS COMPLETE SESSION AND MORE ON NPR MUSIC HERE
More in this category: « On 'Bird Songs Of A Killjoy,' Bedouine Only Feels LA's Sunshine Sometimes Aubrie Sellers Brings Garage Country To AmericanaFest »
back to top
Site Map | Help & FAQs | Privacy | Contact | Playlist | Public Inspection File | Public File Help
Copyright 2022 WXPN-FM / The Trustees of The University of Pennsylvania, All Rights Reserved
XPN.org is made possible with the generous support of XPN Members and our Business Sponsors.