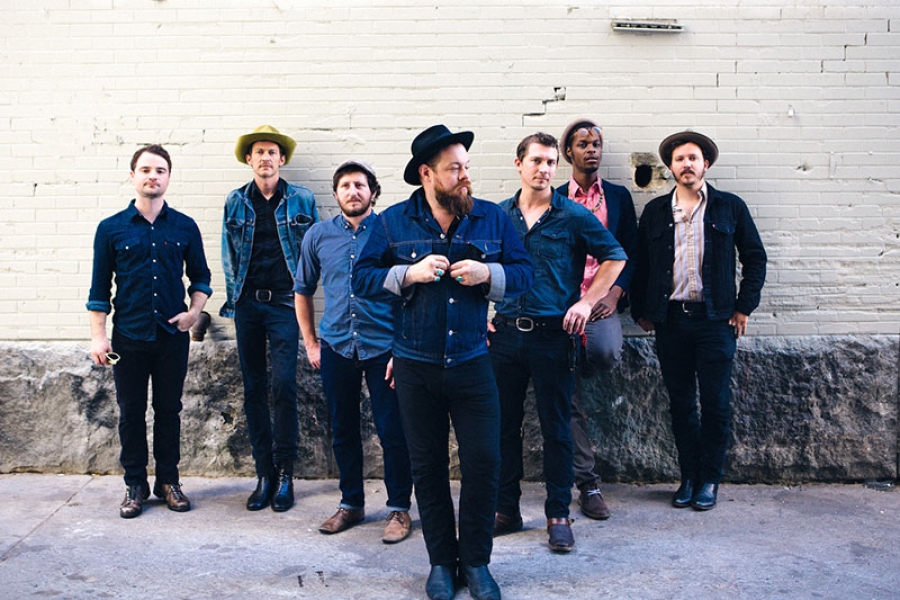 
Sometimes you hit the right note and it resonates. Our guest today Nathaniel Ratelff had been making music for a while and recorded a couple of singer-songwriter albums to small success before inspiration struck. He wrote a stack of songs that were different and had more of a Stax Records soul vibe and they felt right. He put The Night Sweats together to record them and the album even came out on Stax Records. One songs in particular, a secular-gospel rave-up called “SOB,” caught on particularly after Jimmy Fallon went nuts for their performance on The Tonight Show. The Night Sweats take the stage and Nathaniel Rateliff talks about his moment of inspiration.

Session Setlist
THE INTRO
MELLOW OUT
I'VE BEEN FAILING
S.O.B.

More in this category: « Kanaval: Haitian Rhythms And The Music Of New Orleans: Episode 4 Valerie June Has A 'Prescription For Dreamers' Of Any Age »
back to top
Copyright © 2022. xpn.org. Designed by Shape5.com Joomla Templates
Desktop Version