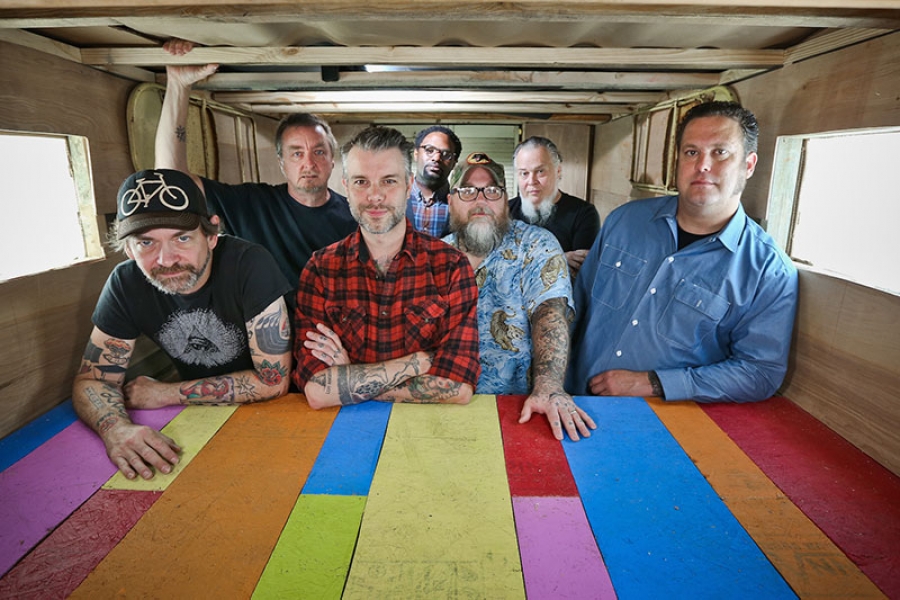 Hear the Memphis rock band perform personal songs from its new album, All A Man Should Do.


Memphis rock band Lucero recorded its new album, All A Man Should Do, at Ardent Studios in its hometown. Ardent is where Big Star recorded all of its albums, and Lucero strengthened the connection between the two bands by covering a Big Star song — and getting original Big Star drummer Jody Stephens to play on the recording. In today's session, Lucero performs some of its new material, and frontman Ben Nichols discusses All A Man Should Do, which contains some of his most personal songs yet.

Session Setlist
Went Looking For Warren Zevon's Los Angeles
All A Man Should Do
Can't You Hear Them Howl
Throwback No. 2

Recent Release: All A Man Should Do
Release Date: September 18, 2015
Label: ATO Records

More in this category: « Brothers Osborne's Unusual Path To Country Music Stardom Benee, The Artist Behind A Viral TikTok Hit, Gets Serious And Weird »
back to top
Site Map | Help & FAQs | Privacy | Contact | Playlist | Public Inspection File | Public File Help
Copyright 2022 WXPN-FM / The Trustees of The University of Pennsylvania, All Rights Reserved
XPN.org is made possible with the generous support of XPN Members and our Business Sponsors.