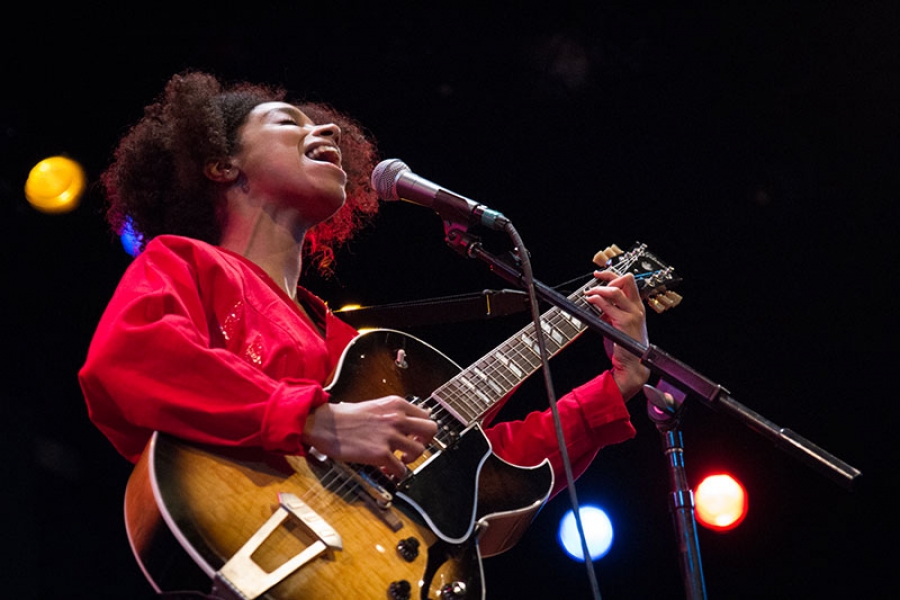 
Lianne La Havas’ debut full-length Is Your Love Big Enough? was a critical and popular smash. It won iTunes album of the year back in 2012. She joins us older and wiser in terms of who she is and what she wants from her music. The title of her new and possibly more inventive album Blood and Blood means family and identity. She joins us today with her band to play songs like “Green and Gold” - colors associated with both Jamaica and Greece, the two countries her parents came from. She spent time in Jamaica even recording part of the new album there. As before, the arrangements are quite different in style from song to song and Lianne's vocals shine. We'll hear her band live on stage at World Cafe Live.

Session Setlist
GREEN & GOLD
WHAT YOU DON'T DO
FORGET
UNSTOPPABLE

More in this category: « Mike Scott Leans Into The Poetry Of His Lyrics On 'Good Luck, Seeker' Our 2020 Nashville Music Recap »
back to top
Copyright © 2022. xpn.org. Designed by Shape5.com Joomla Templates
Desktop Version