Listen
You are here: World Cafe //   Yo La Tengo 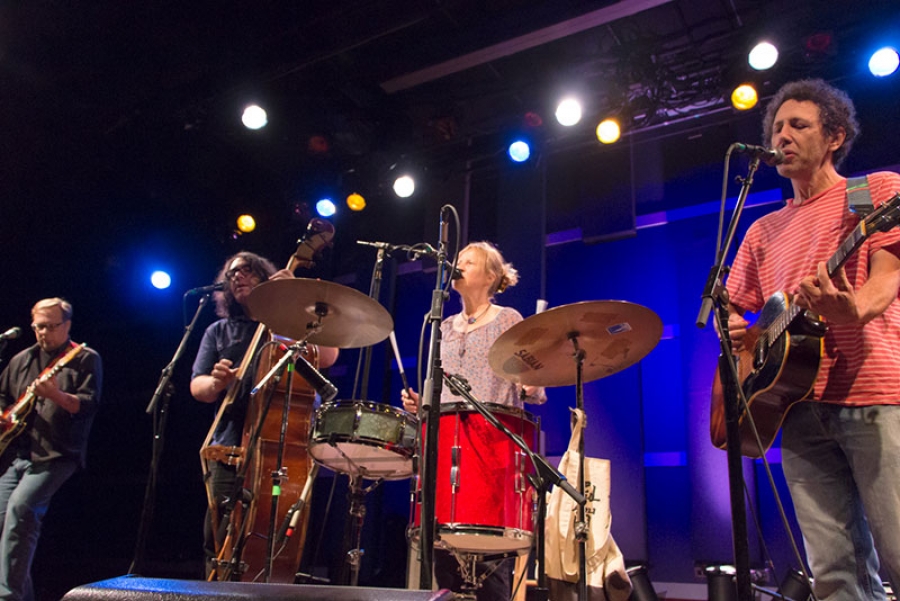 
Back in 1990 Ira Kaplan and Georgia Hubley made a Yo La Tengo album called Fakebook. It was filled with gorgeous acoustic covers and versions of their older songs. It became one of the band’s most beloved releases. The Hoboken indie-rock band, that added bassist James McNew as a full time member in 1994, have now made a similar album called Stuff Like That There. It’s the same idea plus some new YLT songs. Lucky us we get to listen to a recent concert with Yo La Tengo at World Cafe Live in Philadelphia and talk with the trio about making new album. Also up for discussion: their recent gig getting up early to provide the music for NPR’s Morning Edition.

Session Setlist
SOMEBODY'S IN LOVE
RICKETY
BEFORE WE STOPPED TO THINK

More in this category: « Joan Osborne Returns, With A Very Personal Album Cordovas Epitomize What It Means To Be A Free Spirit »
back to top
Site Map | Help & FAQs | Privacy | Contact | Playlist | Public Inspection File | Public File Help
Copyright 2022 WXPN-FM / The Trustees of The University of Pennsylvania, All Rights Reserved
XPN.org is made possible with the generous support of XPN Members and our Business Sponsors.