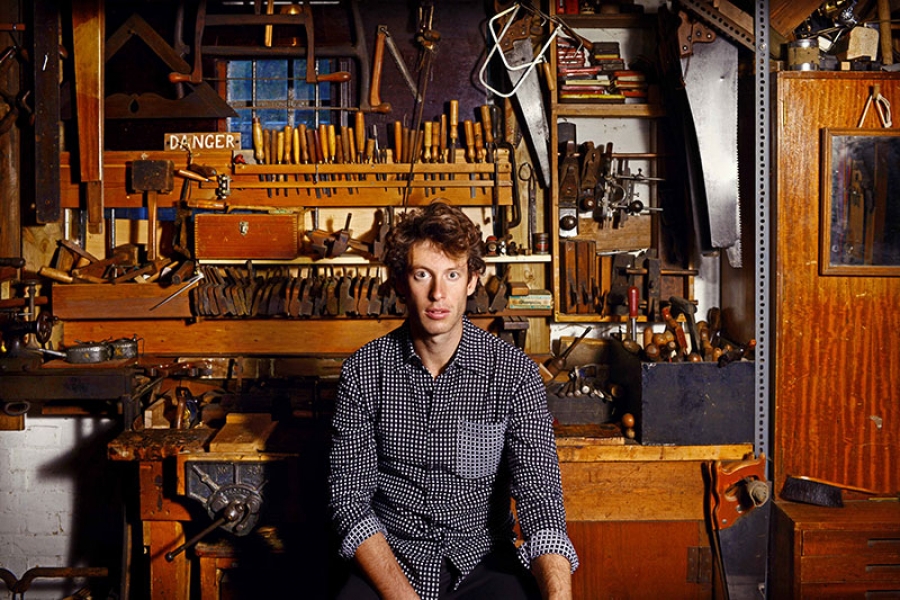 
The British musician and collector Sam Lee and Friends are in the studio today for a set of British folk music lovingly updated. In some ways he is the British equivalent of Sam Amidon who has been doing the same type of thing with tunes from this side of the Atlantic. Sam Lee gained notoriety as a specialist due to his dedication to collecting, restoring, and sharing ancient music from Britain and Ireland, as well as the Romani Gypsy and Irish Traveler communities. He immersed himself in the music before releasing his first album in 2012. He was not satisfied with songs in books or on rare recordings, he went out and found the people who knew the songs and them learned them first hand. Sam’s most recent album, The Fade In Time, was released March 16, 2015. He has a wonderful way with the performances as well. This is not a academic or dry in any way, Sam Lee breathes new life into these songs.

More in this category: « Alanis Morissette's 'Jagged Little Pill' Is Like Catching Up With An Old Friend Chicago Rock Trio Dehd Will Leave You Feeling Alive »
back to top
Site Map | Help & FAQs | Privacy | Contact | Playlist | Public Inspection File | Public File Help
Copyright 2022 WXPN-FM / The Trustees of The University of Pennsylvania, All Rights Reserved
XPN.org is made possible with the generous support of XPN Members and our Business Sponsors.