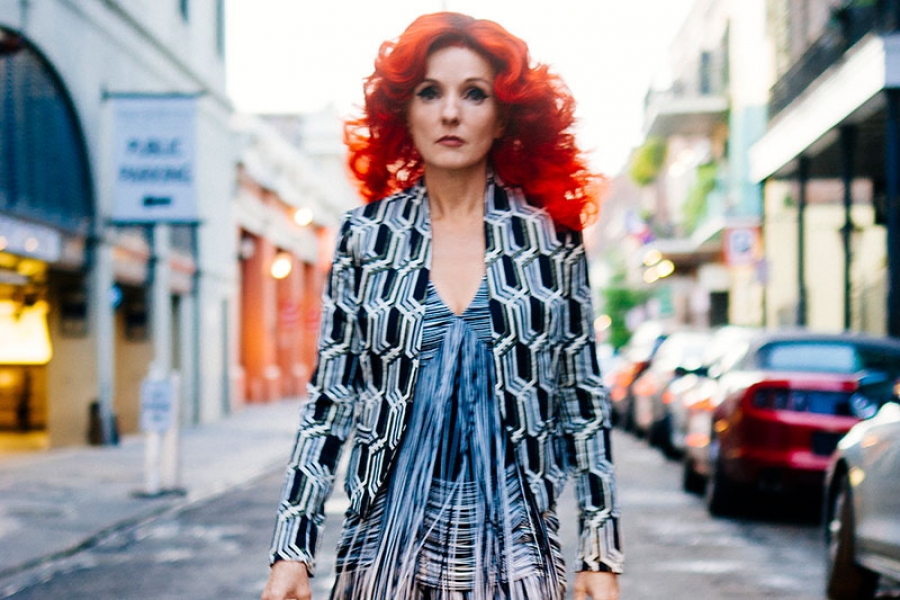 
Setting sun, wind and waves and hills. These are all elements of the lyrics on Patty Griffin’s new album called Servant Of Love. She tells us today that the nature references in the lyrics come from noticing the spiritual interconnectivity between nature and humans. She says it is harder to be cynical once you notice things like that. It should also be noted that these songs are also love songs and songs of strength that give a glimpse into how she has been since her breakup with Robert Plant. Originally from Maine, Patty now lives in Austin, Texas, and has been recording for over 20 years. Her new album is her 9th in a series that has included full on rock, folk and gospel. She has also had her songs recorded by others including her good friend Emmylou Harris and by The Dixie Chicks. Conversation and gorgeous new songs in performance from KUTX in Austin.

More in this category: « The Claypool Lennon Delirium On World Cafe Gillian Welch Opens Up The Archive On 'Boots No. 2: The Lost Songs' »
back to top
Site Map | Help & FAQs | Privacy | Contact | Playlist | Public Inspection File | Public File Help
Copyright 2022 WXPN-FM / The Trustees of The University of Pennsylvania, All Rights Reserved
XPN.org is made possible with the generous support of XPN Members and our Business Sponsors.