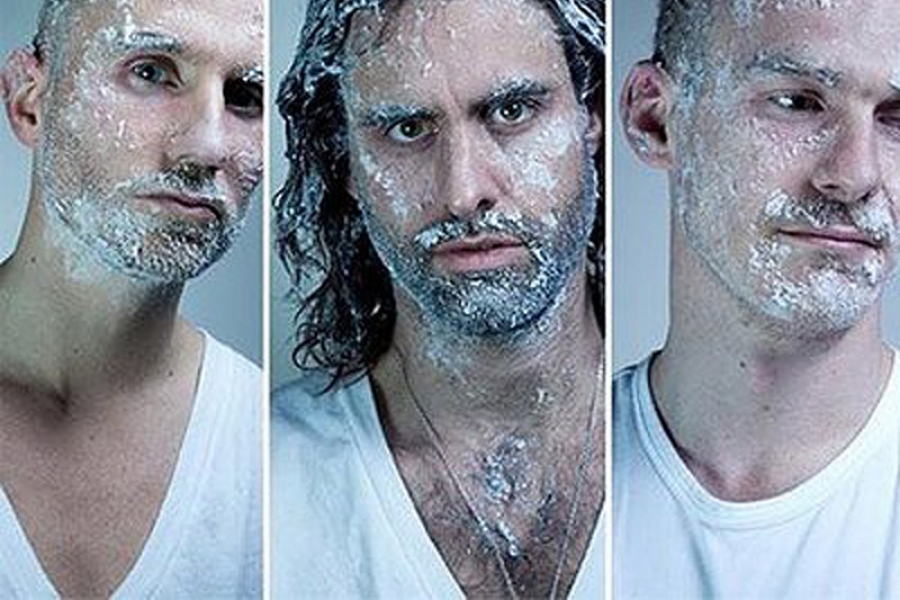 Provided by the artist
Hear Swedish Band Miike Snow Circa The 2009 Hit “Animal” For Our Vintage Cafe
We pulled one from the archives for our Sense of Place: Stockholm Vintage Cafe. In 2009 the Swedish band Miike Snow released their debut which contained the world-wide hit “Animal.” We invited them in to do a live session. Miike Snow is band comprised of American singer/songwriter Andrew Wyatt and several Swedes including Christian Karlsson and Pontus Winnberg (known as Bloodshy & Avant). Bloodshy & Avant have been quite successful helping to write "Toxic" for Britney Spears, working with Madonna and Kylie Minogue and since this release doing a lot of remixes for other artists. It is to be seen if they will have time to collaborate on a third Miike Snow disc which is rumored for late this year or early 2016.

More in this category: « How Sweet Crude Celebrated Its Album Release After Recovering From COVID-19 On 'Devotion,' Margaret Glaspy Allowed Herself To Be More Vulnerable »
back to top
Copyright © 2022. xpn.org. Designed by Shape5.com Joomla Templates
Desktop Version