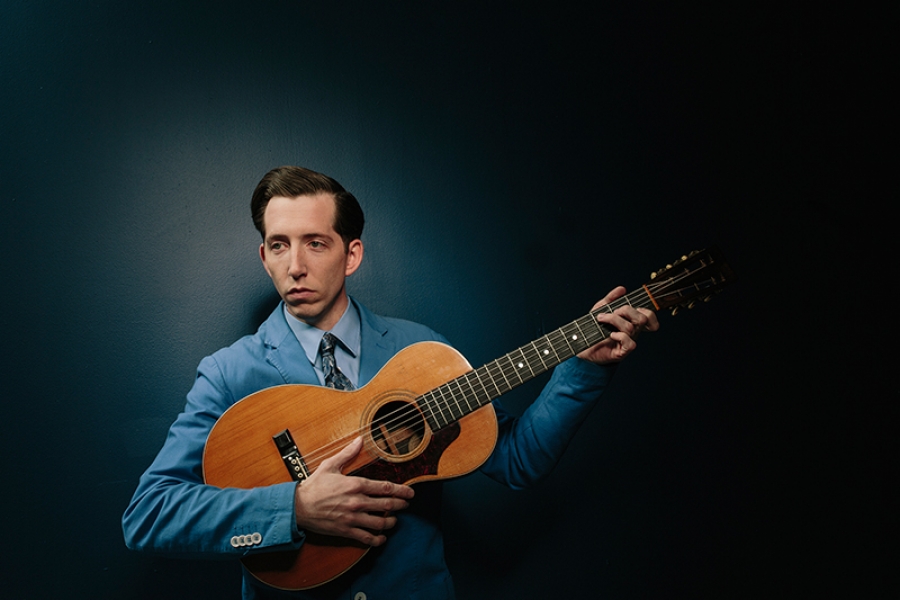 
I cannot think of another artist, other than Pokey Lafarge, that both Garrison Keillor and Jack White are fans of! Pokey prefers to have his music – a mix of old jazz, blues, ragtime and string band music from the past century – referred to as timeless rather than retro. There are always contemporary twists and he has learned to be a tad less reverential which he says serves his music well.. His new album is called Something In The Water. We'll talk with this proud mid-Westerner About the music he loves and about his plan for a Pokey line of affordable work-wear that he would love to launch.

Session Setlist
GOODBYE BARCELONA
I WANNA BE YOUR MAN
THE SPARK

More in this category: « Self-Isolating HAIM Shares Stories From Upcoming Album, 'Women In Music Pt. III' M. Ward Is Staying Busy During the Pandemic »
back to top
Site Map | Help & FAQs | Privacy | Contact | Playlist | Public Inspection File | Public File Help
Copyright 2022 WXPN-FM / The Trustees of The University of Pennsylvania, All Rights Reserved
XPN.org is made possible with the generous support of XPN Members and our Business Sponsors.