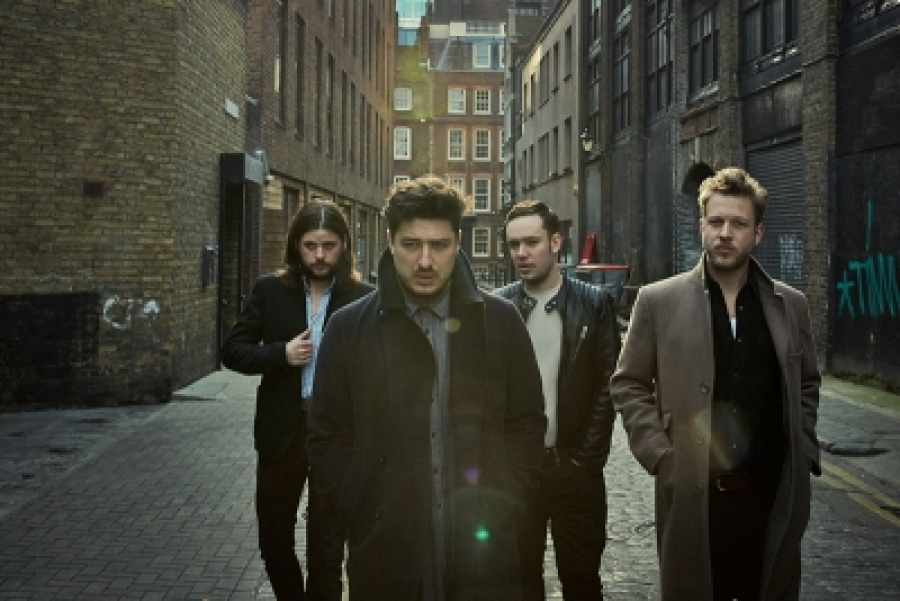 
Mumford & Sons remain kind of a phenomenon in the music business right now. Unlike most rock bands, they sell albums and they sell out large concerts. For a new band nowadays that is kind of unusual. Their last album Babel went platinum and also won the best new album Grammy. That album, released in 2012, capped an amazing run from the release of their debut Sigh No More in 2009 which found the band going from playing clubs in England to having their own travelling Gentlemen of The Road festival – which continues this summer! All that compressed work took its toll and the boys went on a hiatus to recharge the creative spark. When they came back they found themselves in a different mind-set that resulted in them making very different music on their new album Wilder Mind. No more banjos and a much more straightforward rock sound. There has been much discussion online and in the press about their new direction. Decide for yourself today as we talk with Marcus Mumford and Winston Marshall and hear a live set from Mumford & Sons.

More in this category: « Laura Marling Performs 'Song For Our Daughter' And Talks About Her New Album Angie McMahon On Reimagining Her Debut At Home And 'Keeping Time' In Isolation »
back to top
Site Map | Help & FAQs | Privacy | Contact | Playlist | Public Inspection File | Public File Help
Copyright 2022 WXPN-FM / The Trustees of The University of Pennsylvania, All Rights Reserved
XPN.org is made possible with the generous support of XPN Members and our Business Sponsors.