Listen
You are here: World Cafe //   The Districts 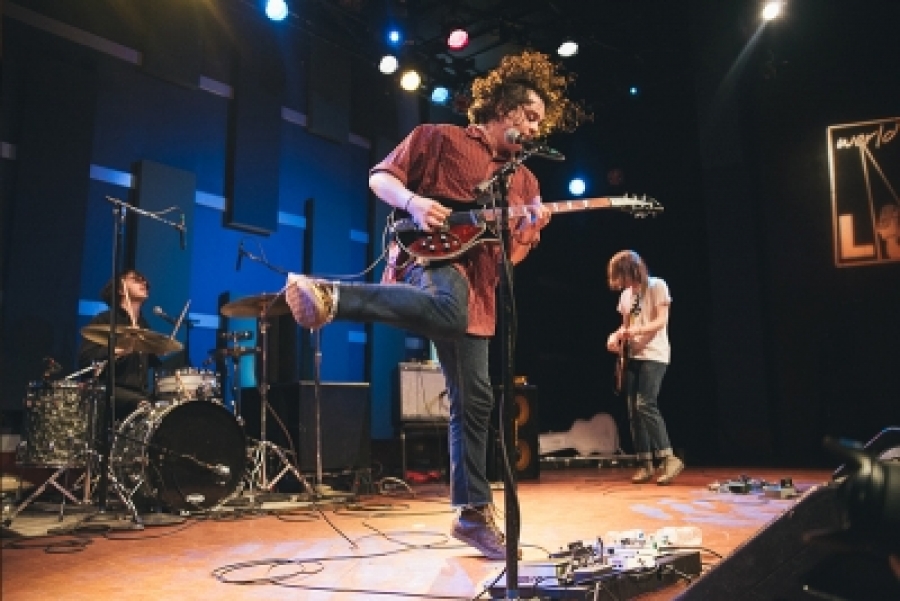 Together Since High School, The Districts Come Into Their Own on A Flourish And a Spoil


For our Sense of Place Philly we welcome back The Districts with a set live on stage at World Cafe Live. Rob Grote, Mark Larson, Connor Jacobus, and Braden Lawrence formed the band in 2009 when they were still in high school; they released their debut in 2012, and moved from Lititz Pennsylvania to Philly after their debut. In February of this year they released their second full length, A Flourish and a Spoil, which features their new guitarist, Pat Cassidy, who took Larson's place after Larson left for college. We’ll find out about making the new album and about their relocating here and we’ll hear them stretch out on the new songs including the standout “Youngblood.”

More in this category: « Frances Quinlan Steps Out On Her Own Life Has Been Unpredictable For Maggie Koerner »
back to top
Site Map | Help & FAQs | Privacy | Contact | Playlist | Public Inspection File | Public File Help
Copyright 2022 WXPN-FM / The Trustees of The University of Pennsylvania, All Rights Reserved
XPN.org is made possible with the generous support of XPN Members and our Business Sponsors.