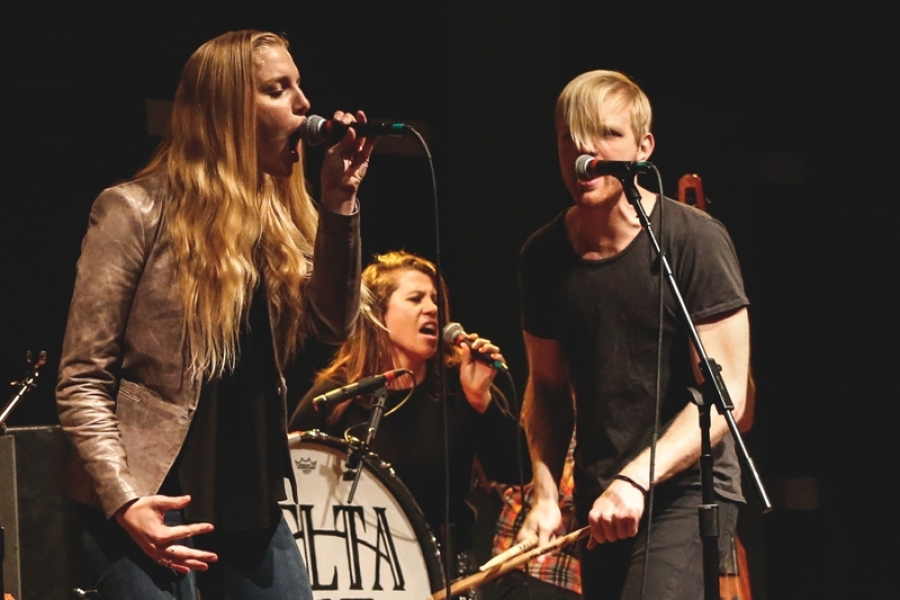 
The Holjes family makes some pretty good singers - Ian, Eric, and Brittaney Holjes are at the heart of the North Carolina based band Delta Rae. Brittaney along with Elizabeth Hopkins share the lead vocals while Ian and Eric write. The band was originally signed to Sire by the legendary record company guy Seymour Stein after a goose-bump-inducing in-office audition. Their first album, which included a cameo from Fleetwood Mac’s Lindsey Buckingham, came out in 2012 and now their new one After It All is here. We'll reconnect with the band and hear some of the new songs live on stage at World Cafe Live.

More in this category: « Great Grandpa Hits Its Stride On 'Four Of Arrows' Huey Lewis Remains Remarkably Upbeat While Battling Hearing Loss »
back to top
Site Map | Help & FAQs | Privacy | Contact | Playlist | Public Inspection File | Public File Help
Copyright 2021 WXPN-FM / The Trustees of The University of Pennsylvania, All Rights Reserved
XPN.org is made possible with the generous support of XPN Members and our Business Sponsors.