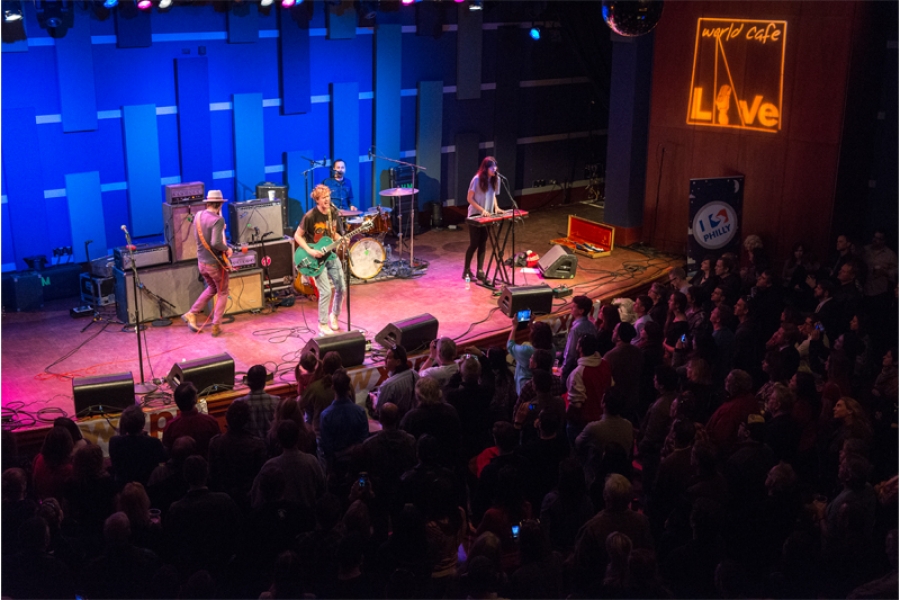 Rocco Peditto/WXPN
Houndmouth Do It All Again, Maybe Even Better on Little Neon Limelight


We love the rootsy Louisville-based band Houndmouth. The four piece that formed in 2011 have just released their second album called Little Neon Limelight. Like their 2013 debut From The Hills Below The City it contains some very smart lyric writing and big sing-along choruses that prove hard to resist. The group's interplay reminds us at times of the perfectly ramshackle sound of The Band itself. We will hear a live set from the stage of World Cafe Live in front of an adoring crowd.

More in this category: « Free Union Inspires A Message Of Unity See Charlottesville Through The Eyes Of David Wax Museum »
back to top
Site Map | Help & FAQs | Privacy | Contact | Playlist | Public Inspection File | Public File Help
Copyright 2022 WXPN-FM / The Trustees of The University of Pennsylvania, All Rights Reserved
XPN.org is made possible with the generous support of XPN Members and our Business Sponsors.