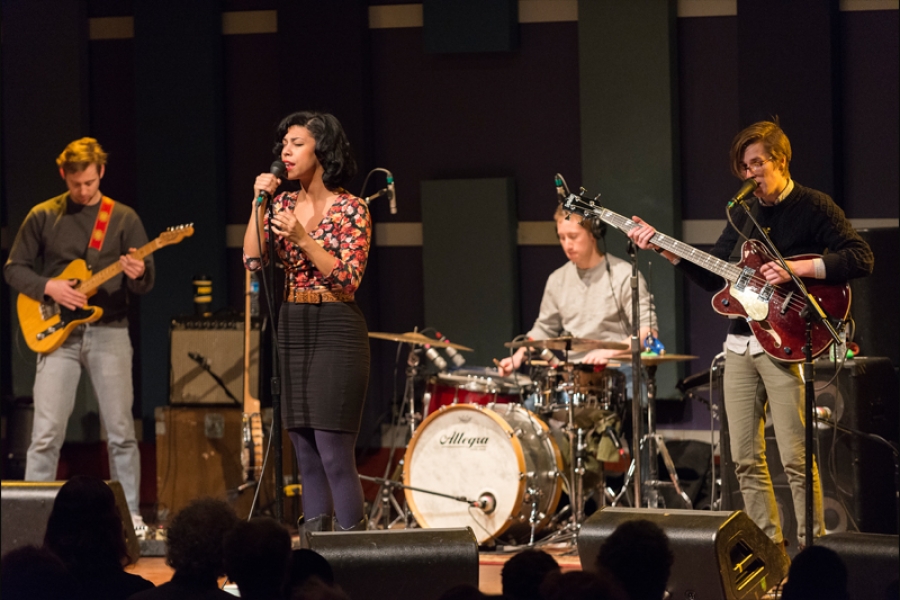 Rocco Peditto /WXPN
Would You Form A Band With Your High School Friends? PHOX Did!


You hear about bands that grew up together, known each other since high school. While our guests today PHOX did know each other in high school, in Baraboo, WI, it did take some seasoning out in the world before they decided to form a band in the college town of Madison. PHOX resulted, formed around the irresistible smoky-shy voice of Monica Martin. They released their eponymous debut last year and today we catch up with the band live on stage at World Cafe Live.

More in this category: « Hiss Golden Messenger Is Looking For Truth On 'Terms Of Surrender' Patience Pays Off On Jeremy Ivey's Debut Album »
back to top
Site Map | Help & FAQs | Privacy | Contact | Playlist | Public Inspection File | Public File Help
Copyright 2022 WXPN-FM / The Trustees of The University of Pennsylvania, All Rights Reserved
XPN.org is made possible with the generous support of XPN Members and our Business Sponsors.