Listen
You are here: World Cafe //   The Lone Bellow 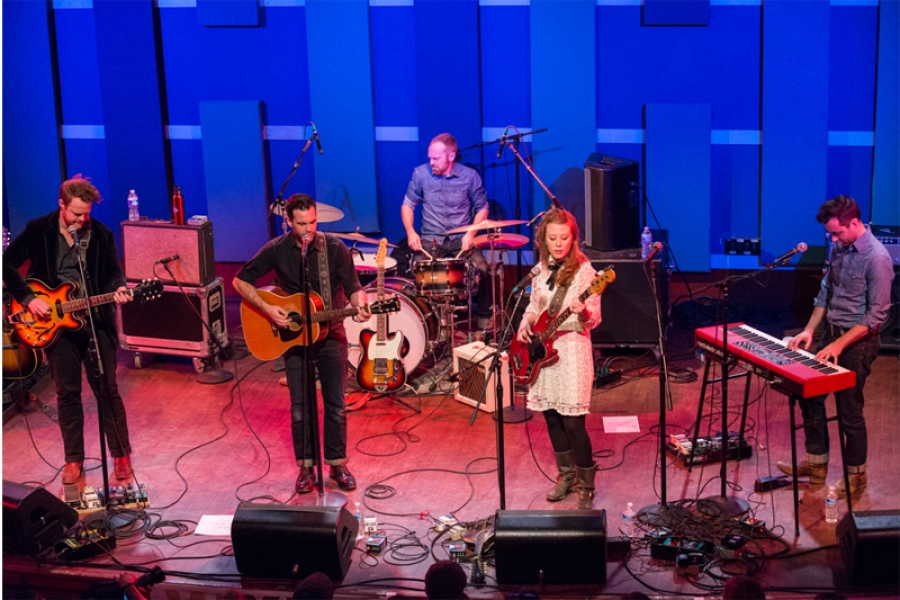 
The Lone Bellow joins us today playing in front of a live audience at World Cafe Live. The very popular three piece folk rock band from Brooklyn has roots in the South. Stories and images from the band’s home territory permeate their songs on both their self-titled debut in 2013 and their second album Then Came the Morning released last month. The new disc was produced by The National's Aaron Dessner. The performance is energetic, the conversation enlightening, The Lone Bellow.
Setlist
THEN CAME THE MORNING
FAKE ROSES
WATCH OVER US

More in this category: « When 2 People Sound Like Many: Illiterate Light Reinvents The Classic Power Duo Rob Ickes And Trey Henley Expand Upon Their Roots With A Heavy Dose Of The Blues »
back to top
Site Map | Help & FAQs | Privacy | Contact | Playlist | Public Inspection File | Public File Help
Copyright 2022 WXPN-FM / The Trustees of The University of Pennsylvania, All Rights Reserved
XPN.org is made possible with the generous support of XPN Members and our Business Sponsors.