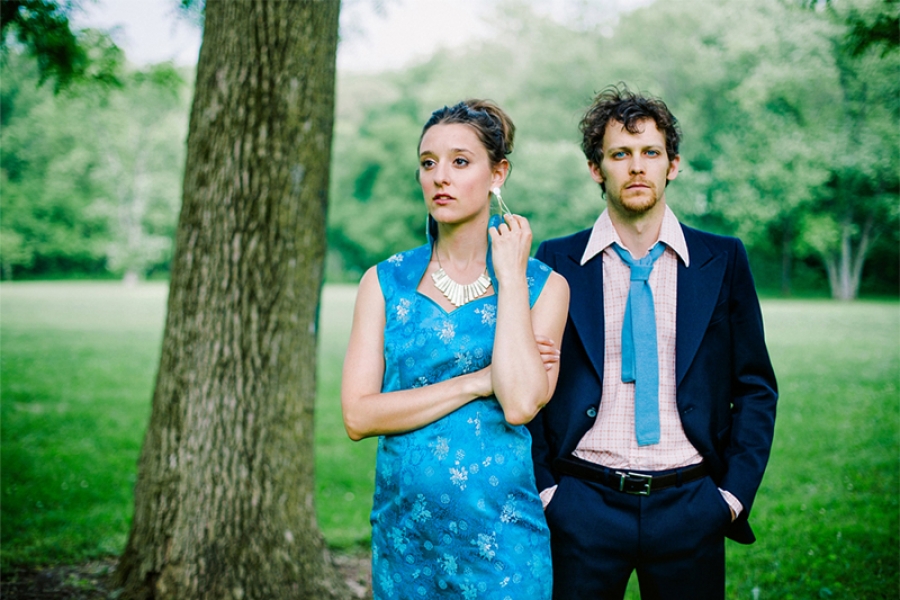 
This Vintage Cafe with the folk group David Wax Museum comes from a 2011 visit when they had just released their album Everything is Saved produced by Sam Kassirer (who has produced Josh Ritter among others.) They caught a lot of people’s attention at the 2010 Newport Folk Festival where they made the most out of winning a contest to perform. They recorded a second album Knock Knock Get Up in 2012. The band is primarily the work of David Wax and Suz Slezak. This music grew out of David’s interest in Mexican folk music prompting visits to the country. Suz plays fiddle and the quijada (donkey’s jawbone). This is high energy listen back to a band off to a fast start.

More in this category: « Robbie Robertson On His Creative And Symbiotic Relationship With Martin Scorsese Liam Gallagher Has A Lot To Be Happy About »
back to top
Site Map | Help & FAQs | Privacy | Contact | Playlist | Public Inspection File | Public File Help
Copyright 2022 WXPN-FM / The Trustees of The University of Pennsylvania, All Rights Reserved
XPN.org is made possible with the generous support of XPN Members and our Business Sponsors.