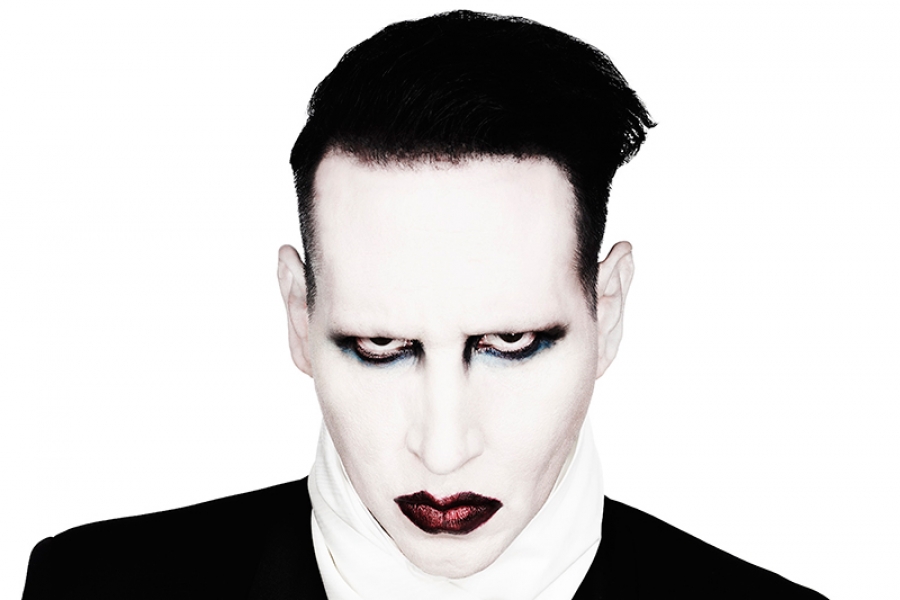 
“I think America needs people like me. The world needs bad men to keep out the other bad men. And I think the world needs a villain like me because I’m the part of the movie where change happens.”

February 9, 2015 - Forget what you think you know about my guest today, the dark, demonic, heavily made up shock rocker Marilyn Manson. The person I talk with for the full hour today has made his personal and musical choices and understands who he is. Manson has an new album, his first in three years, called The Pale Emperor that exhibits a bit of a stylistic shift; there are a few blues chords sneaking into Manson's usual industrial rock. He wrote and produced the album with film music composer Tyler Bates. He has had a recurring role as a white supremacist in the TV series Sons Of Anarchy. We’ll discuss that, his mother dying and his mixed feelings due to their relationship when he was a child. Also his thoughts on becoming the face of teenage evil in the wake of the Columbine shootings and much more. It’s a fascinating hour with Marilyn Manson on the World Cafe.

More in this category: « Molly Tuttle's Voice Shines In Her Live Rendition Of 'Rain And Snow' Presenting The Groundbreaking Country-Rockabilly-Tex-Mex Mix Of The Mavericks »
back to top
Copyright © 2022. xpn.org. Designed by Shape5.com Joomla Templates
Desktop Version