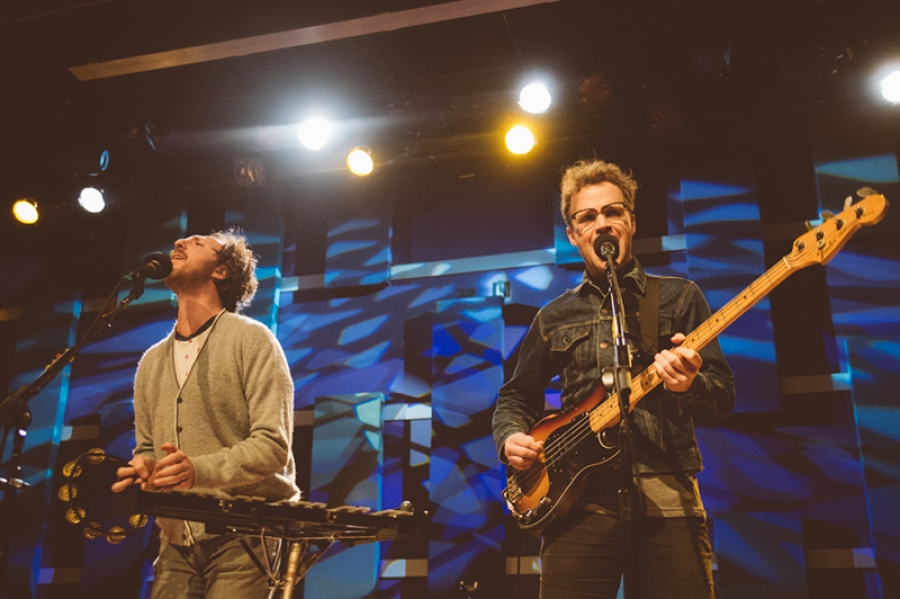 
February 2, 2015 - Today we talk with Adam Gardner, Ryan Miller, and Brian Rosenworcel of Guster. The band has a new album called Evermotion produced by Richard Swift who has worked with Foxygen, The Shins and other indie bands as a producer and musician in the past. The album is very fresh and a bit of a new sound for Guster. We are going to hear a performance recorded in front of an audience at World Cafe Live which was actually only the third time the band had played the new songs and, as you will hear, they sound excited. Recently celebrating 20 years together, Guster is a band with a solid fan base, but one that may not necessarily be growing and may have certain expectations of the band. This new album seems to be a bid to step outside fan’s expectations of what is "Guster music," and it is enormously successful.

Tagged under
More in this category: « DMA's On World Cafe Edward Norton Shares His Vision For The Music Of 'Motherless Brooklyn' »
back to top
Site Map | Help & FAQs | Privacy | Contact | Playlist | Public Inspection File | Public File Help
Copyright 2022 WXPN-FM / The Trustees of The University of Pennsylvania, All Rights Reserved
XPN.org is made possible with the generous support of XPN Members and our Business Sponsors.