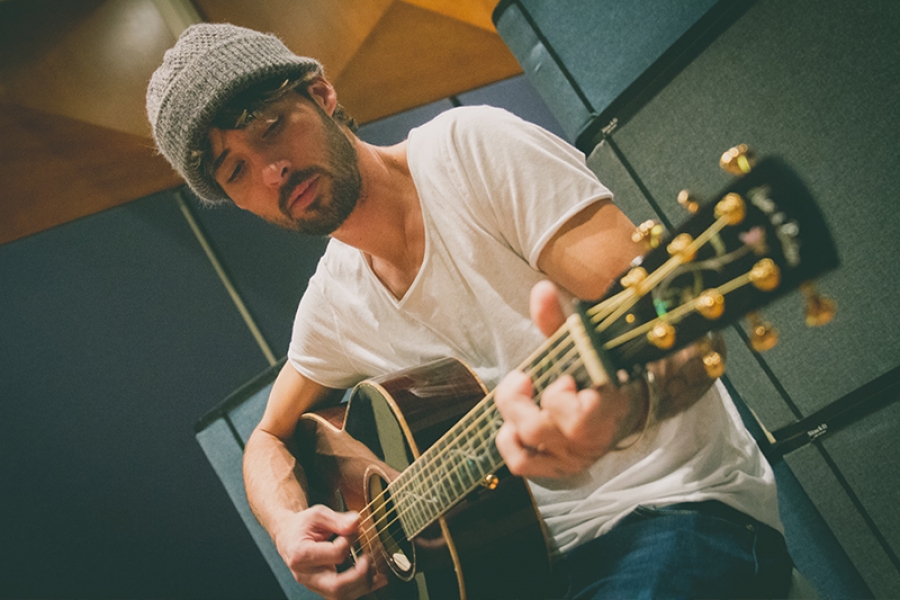 
The rough voiced, former rodeo riding, country songwriter Ryan Bingham is back with a very personal and direct new album called Fear and Saturday Night. Bingham burst on the scene with the well received Mescalito in 2007 but really became known when his songs from the film Crazy Horse won both the Golden Globe and The Oscar for best song in 2009. He was even the Americana artist of the year in 2010. But then life intervened into all this success. His alcoholic mother died, his father committed suicide and Ryan kept going and going and didn't deal with the grief until he had to: “It just got to where I really needed to just take some time off and deal with it. I was just constantly out there running away from it on the road.” Ryan escaped into an Airstream in the California Mountains to write the new album. We'll the songs performed in front of a live audience. Fear and Saturday Night is released tomorrow.

More in this category: « Shawn Colvin Goes Acoustic With 'Steady On' Vampire Weekend Hits On Complicated Relationships And Identity »
back to top
Site Map | Help & FAQs | Privacy | Contact | Playlist | Public Inspection File | Public File Help
Copyright 2022 WXPN-FM / The Trustees of The University of Pennsylvania, All Rights Reserved
XPN.org is made possible with the generous support of XPN Members and our Business Sponsors.