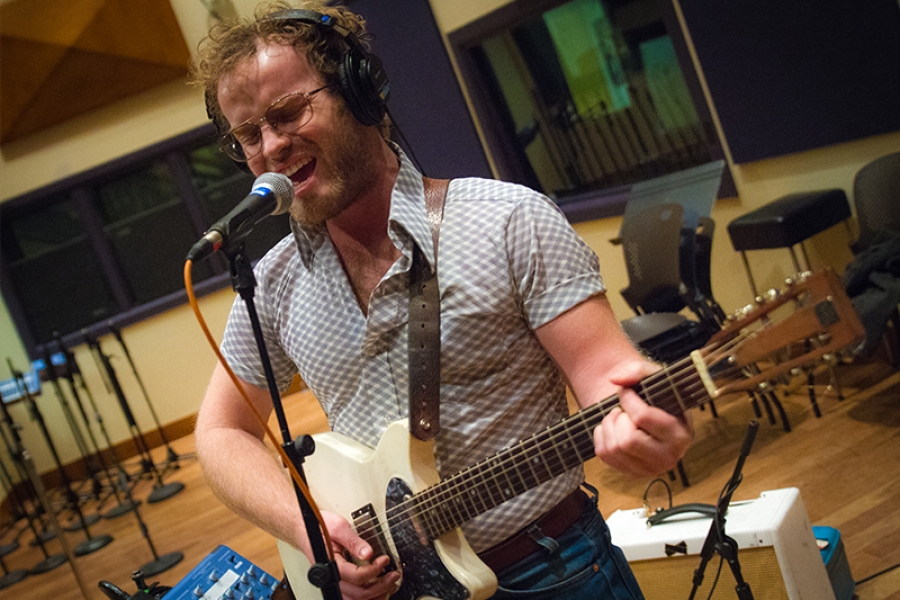 Arrayed around a deserted auditorium on the grounds of a long abandoned Texas college our guest today, the Nashville band Fly Golden Eagle recorded the 26 songs that became their album Quartz. Led by songwriter Ben Trimble this Nashville based band was on a roll. When they signed to ATO Records a compact version was released called Quartz Bijou. As you can imagine with 26 songs there are some pretty amazing stories. Like songs were influenced by the film The Holy Mountain by director Alejandro Jodorowski and the album even works as a soundtrack to the film. There have been two showings. Meet Fly Golden Eagle.

More in this category: « Mayer Hawthorne On World Cafe Raphael Saadiq Sends A Universal Message On 'Jimmy Lee' »
back to top
Site Map | Help & FAQs | Privacy | Contact | Playlist | Public Inspection File | Public File Help
Copyright 2022 WXPN-FM / The Trustees of The University of Pennsylvania, All Rights Reserved
XPN.org is made possible with the generous support of XPN Members and our Business Sponsors.