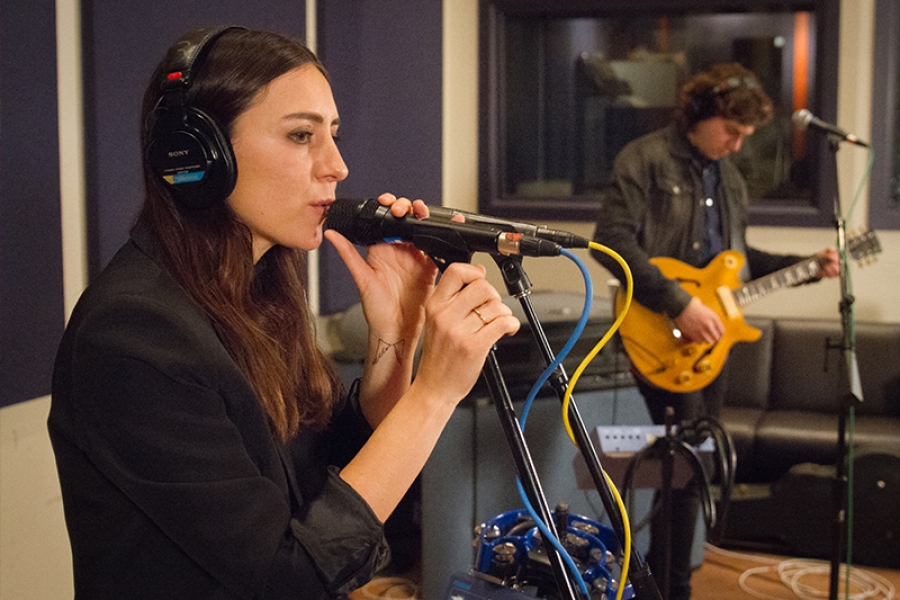 Haerts, who stylize their name with the a and e reversed, join us in the studio today. Eccentric spelling is one of the things that makes this electronic indie band distinctive. Led by friends Nini Fabi and Ben Gebert, the band formed in Brooklyn in 2010 but the two friends actually met in Munich, Germany where they grew up together. Haerts released their first album this year after a well received EP in 2013 called Hemiplegia. We'll find out what that means, literally and metaphorically, and hear the songs in our interview today.


Session Setlist
Wings
Be The One
Giving Up

More in this category: « Watch A Live Webcast Of The 2019 Americana Honors & Awards Ceremony Sense Of Place Asheville: Rising Appalachia »
back to top
Site Map | Help & FAQs | Privacy | Contact | Playlist | Public Inspection File | Public File Help
Copyright 2022 WXPN-FM / The Trustees of The University of Pennsylvania, All Rights Reserved
XPN.org is made possible with the generous support of XPN Members and our Business Sponsors.