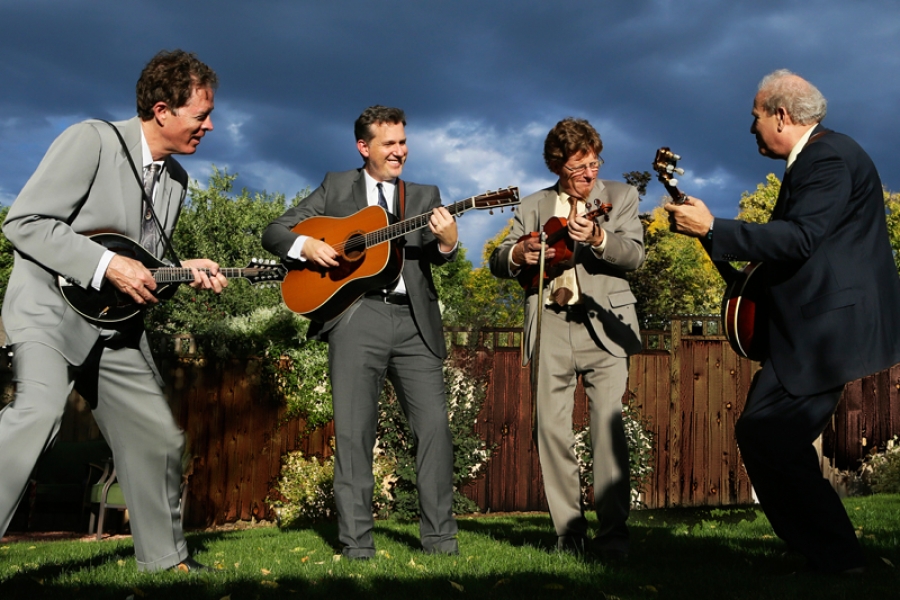 It's Hot Rize's debut today on the Cafe. The original bluegrass quartet of Tim O'Brien, Pete Wernick, Charles Sawtelle, and Nick Forster formed in Colorado in the 1970's. They made music that honored the traditions of the form but broadened the boundaries. Although this is a formal quartet, wearing the traditional bluegrass suits to every performance, their progressive spirit has always been a part of Hot Rize from the beginning. As they told us in our interview, “When we were in Colorado we were the traditional bluegrass band and when we went East of the Mississippi we were the progressive one. We were kind of an interesting middle ground there.” Hot Rize disbanded in the 80's, Charles Sawtelle passed away in 1999. When the groupd started to do reunion shows in 2002 they included Bryan Sutton on fiddle. They recently released their first album of new material in almost 25 years called When I'm Free. We have a free download from today’s performance.

More in this category: « A Day In The Life Of The Beatles Brain Of Britain Ibibio Sound Machine Takes Us Around The World Without Leaving London »
back to top
Site Map | Help & FAQs | Privacy | Contact | Playlist | Public Inspection File | Public File Help
Copyright 2022 WXPN-FM / The Trustees of The University of Pennsylvania, All Rights Reserved
XPN.org is made possible with the generous support of XPN Members and our Business Sponsors.