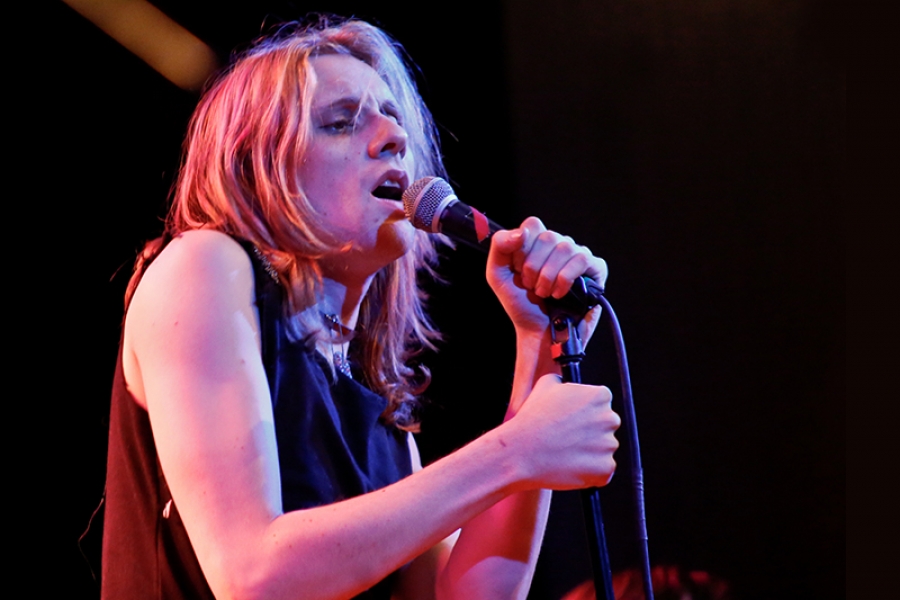 
Foxygen' s lead singer Sam France broke at least one mic stand with his maniacal dancing on stage at World Cafe live during the performance captured in our session today. When I asked him, he said it happens most nights. You might even hear it in today's live performance. The neo-psychedelic band Foxygen is the duo of Jonathan Rado and Sam France. The prolific band released their debut in 2012, put out We Are the 21st Century Ambassadors of Peace & Magic in 2013, and have just now released their third disc, a double album, called ...And Star Power. We will talk with the duo and listen to this performance in front of an audience at World Cafe Live in Philadelphia.

More in this category: « Marissa Nadler Lends Out Her Trademark Haunting Vocals The Cactus Blossoms Go From A Fictional Bar To The Studio With Dan Auerbach »
back to top
Site Map | Help & FAQs | Privacy | Contact | Playlist | Public Inspection File | Public File Help
Copyright 2022 WXPN-FM / The Trustees of The University of Pennsylvania, All Rights Reserved
XPN.org is made possible with the generous support of XPN Members and our Business Sponsors.