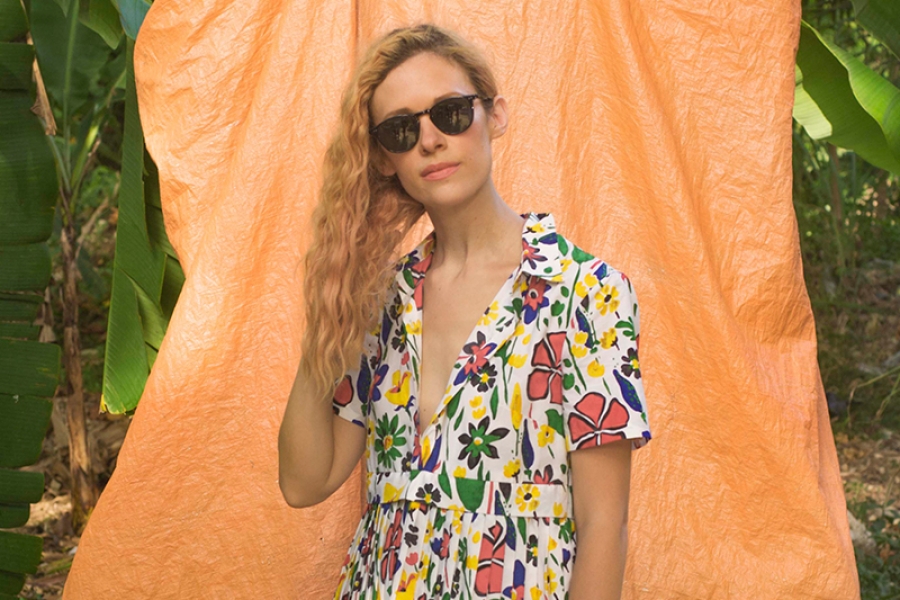 
You notice Lia Ices’ voice immediately. Depending on what part of her young career you may hear, you can have different impressions. Perhaps she reminds you of Tori Amos or Cat Power at one point. More recently I hear Jamaican and other world music influences on her new album Ices. Originally from Connecticut, she discovered her love for songwriting at Tisch School of the Arts in New York City. Her second album from 2011, Grown Unknown, featured a guest appearance from Justin Vernon and was featured on the TV show Girls. Michaela Majoun will find out more in our session today including the origin of her stage name Ices from a Bob Dylan song.