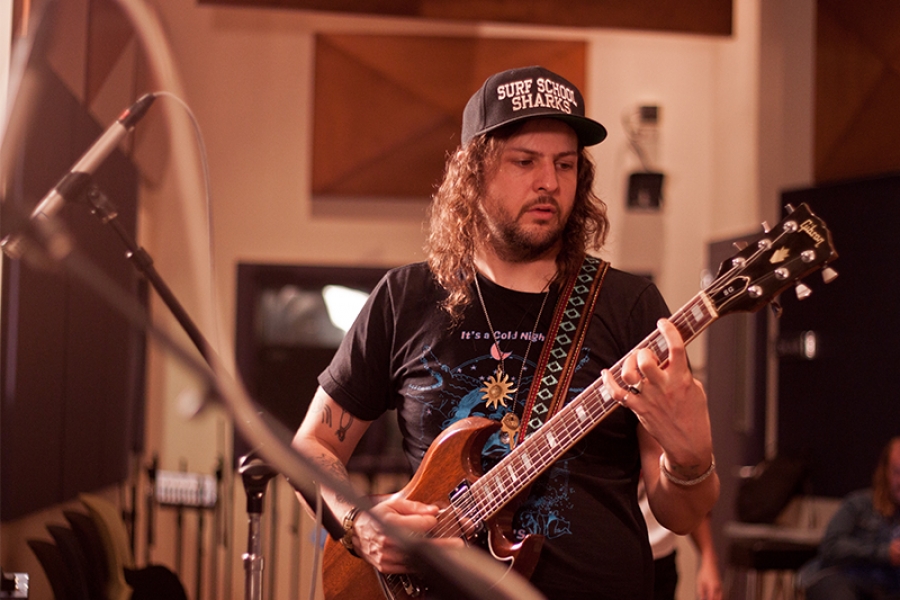 
King Tuff is the work of guitarist and songwriter Kyle Thomas. Since he was a kid in Vermont Kyle has been drawn to the retro-leaning layered guitar sound of garage pop. Earlier this year he released Black Moon Spell, his second album for SubPop records. He recorded in his new home in LA. It’s filled with melodic power-pop with chiming layers of guitars. Today we’ll hear Kyle and his road band play the new songs in our studio. We’ll also talk about growing up in Vermont and the effects of living in sunny Southern California .

More in this category: « Norah Jones Turns Fame Into Freedom The National's Latest Project Might Be Its Most Ambitious Yet »
back to top
Site Map | Help & FAQs | Privacy | Contact | Playlist | Public Inspection File | Public File Help
Copyright 2022 WXPN-FM / The Trustees of The University of Pennsylvania, All Rights Reserved
XPN.org is made possible with the generous support of XPN Members and our Business Sponsors.