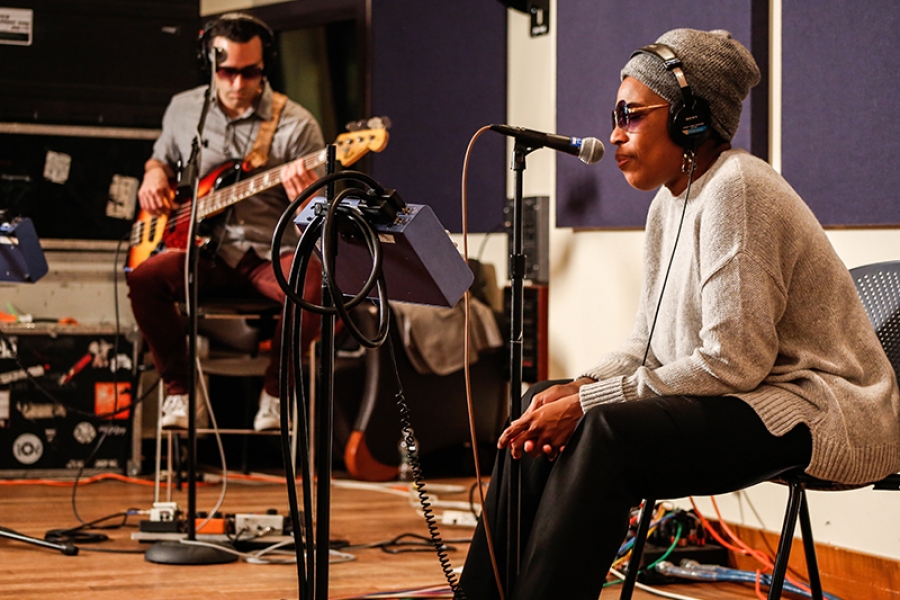 Kelsey Stanger/WXPN
What Has Macy Gray Been Up To Lately


To be honest our guest today Macy Gray has had an up and down career. It started way up with her astonishing debut and "I Try" that became a huge hit. Interviews at the time with the introverted Gray proved she was uncomfortable with the attention. After that it was hard to duplicate the initial success. Of late she has put out a pair of covers albums and has covered Stevie Wonder's classic Talking Book. Now comes the new more gritty, more Macy, album The Way, her first of original material in a while. She has her band in the studio for a session of the new songs.

More in this category: « Penny & Sparrow Takes A Romantic Look At Reincarnation Donnie Fritts And John Paul White On World Cafe »
back to top
Site Map | Help & FAQs | Privacy | Contact | Playlist | Public Inspection File | Public File Help
Copyright 2022 WXPN-FM / The Trustees of The University of Pennsylvania, All Rights Reserved
XPN.org is made possible with the generous support of XPN Members and our Business Sponsors.