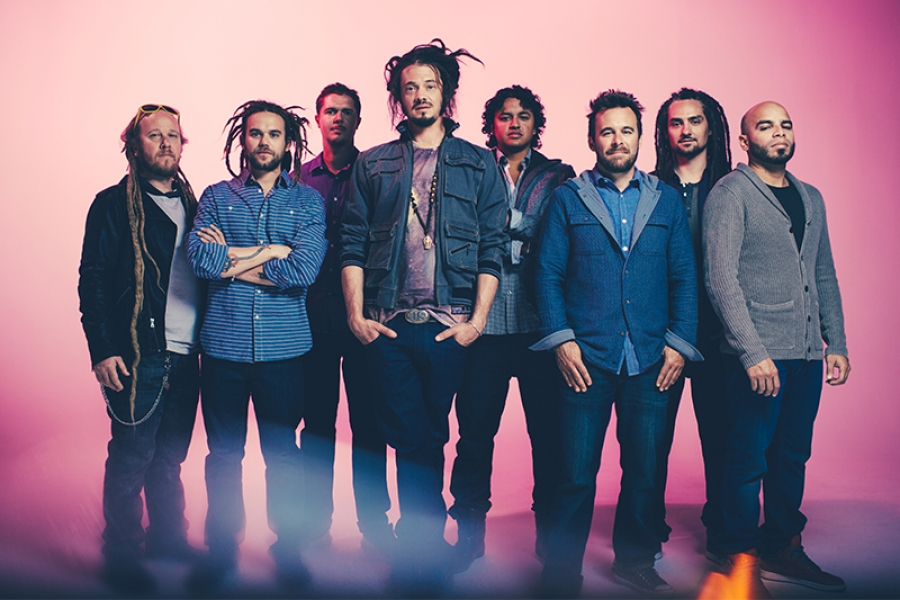 
Our guests today are the 8 piece American reggae band SOJA. Their name is an acronym for Soldiers of Jah Army which was the name the high school friends chose when they formed the band in the late 90’s in Arlington, Virginia. SOJA released their first album of positive reggae in 2002 and has just released a new one, their second for ATO Records, called Amid The Noise and Haste. Leader Jacob Hemphil writes the lyrics with an eye toward how to frame the world’s problems as a path to unity. Our session today features the band in their element: on stage, in front of a large crowd, at World Cafe Live. We will also talk with the charismatic Hemphill.

Session Setlist
Tear It Down
I Believe
Promises And Pills

More in this category: « Nilfer Yanya Shows Off Catchy Melodies And A Stunning Voice Steve Earle Pays Tribute To Guy Clark, His Songwriting Hero »
back to top
Site Map | Help & FAQs | Privacy | Contact | Playlist | Public Inspection File | Public File Help
Copyright 2022 WXPN-FM / The Trustees of The University of Pennsylvania, All Rights Reserved
XPN.org is made possible with the generous support of XPN Members and our Business Sponsors.