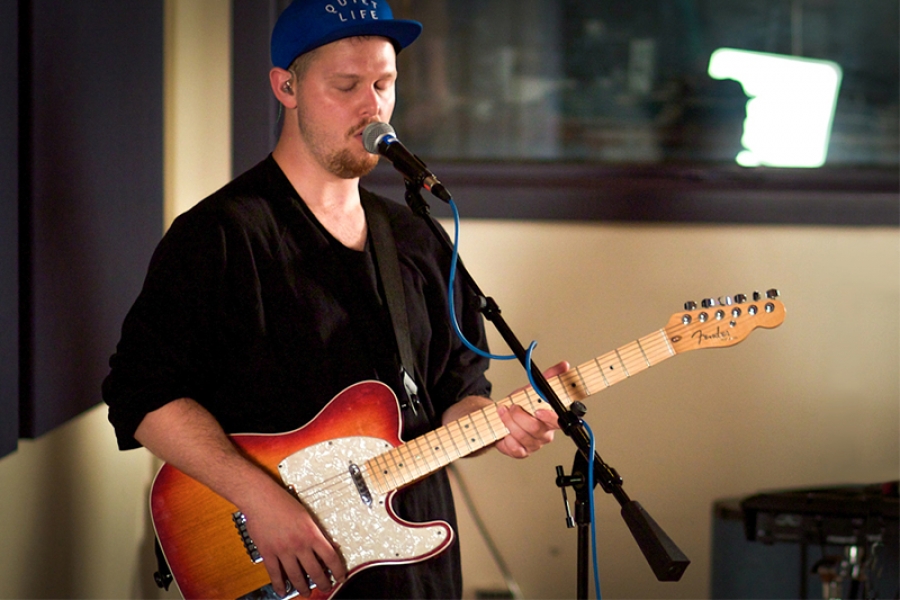 The British band alt-J has just released their second album This Is All Yours. They released their first An Awesome Wave in 2012 at a time when they were not that far removed from being a kind of “hobby “ band at Leeds University where they met. That album, despite its off-kilter, intricate songs, proved to be both a critical and popular success. It won the 2012 Mercury Prize top honors for the best album from the UK that year. The original quartet recently became a three-piece with original bassist Gwil Sainsbury opting to leave the band. We’ll find out how success sits with the band and hear the new songs live today.


Recent Release: This Is All Yours
Release Date: September 22, 2014
Label: Canvasback/ATL

More in this category: « The Suitcase Junket Is A Master Of Musical Imagination Metric Talks Fundamental Differences In 'Art Of Doubt' »
back to top
Site Map | Help & FAQs | Privacy | Contact | Playlist | Public Inspection File | Public File Help
Copyright 2022 WXPN-FM / The Trustees of The University of Pennsylvania, All Rights Reserved
XPN.org is made possible with the generous support of XPN Members and our Business Sponsors.