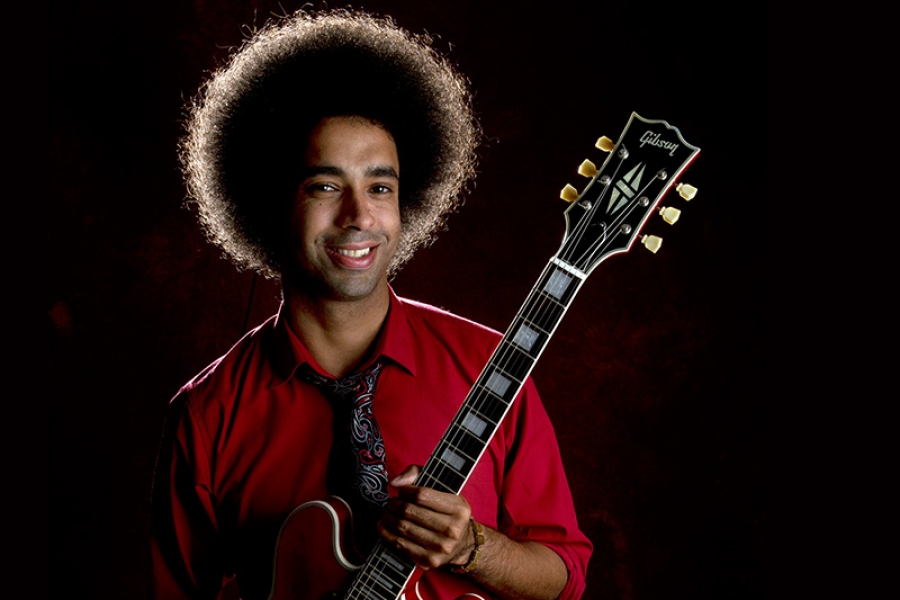 
Our guest today is Florida based bluesman Selwyn Birchwood. Out of the Tampa area, Selwyn is a super guitar and lap steel player who started out self-releasing his music before winning the 2013 International Blues Challenge which led to this year's Alligator Records debut Don't Call No Ambulance. So how did a 29 year old get involved with the blues? He says: “It was just kind of a sound and a story that I could relate to. I definitely didn’t really dig or relate to what was on when I was in high school or growing up.” After graduating high school he joined fellow Floridian and bluesman Sonny Rhodes’ group which introduced him to lap steel and taught him a lot about being a band leader. His smoking band plays live for us today on stage at World Cafe Live.

More in this category: « Marty Stuart & His Fabulous Superlatives Family Is Important To Susan Tedeschi And Derek Trucks »
back to top
Site Map | Help & FAQs | Privacy | Contact | Playlist | Public Inspection File | Public File Help
Copyright 2022 WXPN-FM / The Trustees of The University of Pennsylvania, All Rights Reserved
XPN.org is made possible with the generous support of XPN Members and our Business Sponsors.