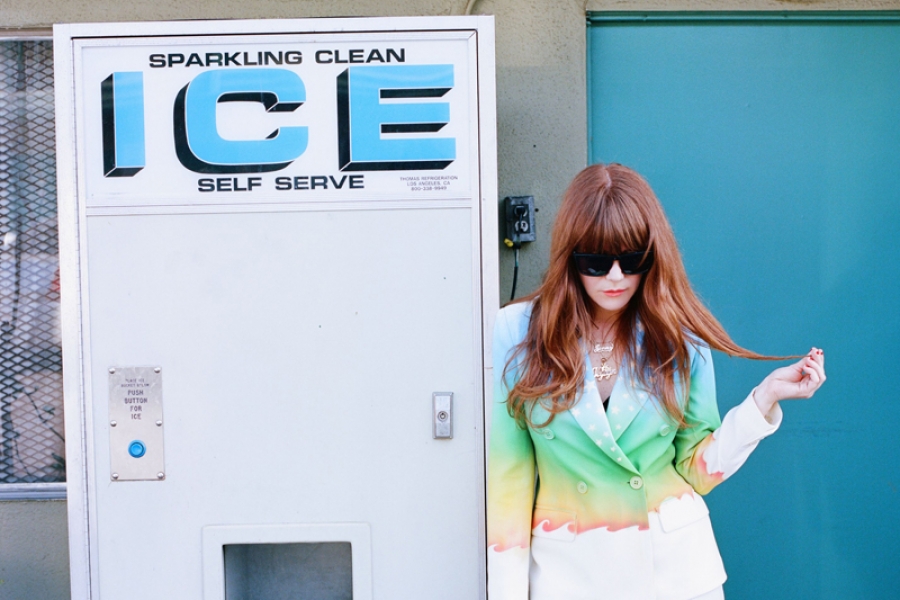 Jenny Lewis’s The Voyager Was a Difficult Sleepless Journey


Jenny Lewis's new album The Voyager comes out today and we are lucky to have her as our guest playing live with her band. From child actor to co-head of Rilo Kiley and thru some spectacular solo albums (Rabbit Fur Coat and Acid Tongue) plus working with Ben Gibbard in The Postal Service, we already know Jenny is a trouper. This weekend her story was chronicled in a profile in The New York Times Magazine. As we will hear today this album took her a while, as insomnia and the death of her father threw her. She started working with Beck on the song “Just One Of The Guys,” but it was Ryan Adams who brought forth the performances on The Voyager as producer. Make sure to listen to the special web only song from our session.

More in this category: « Tales From Glasgow's Most Storied Music Venues Listening For The Future During Black History Month »
back to top
Site Map | Help & FAQs | Privacy | Contact | Playlist | Public Inspection File | Public File Help
Copyright 2022 WXPN-FM / The Trustees of The University of Pennsylvania, All Rights Reserved
XPN.org is made possible with the generous support of XPN Members and our Business Sponsors.