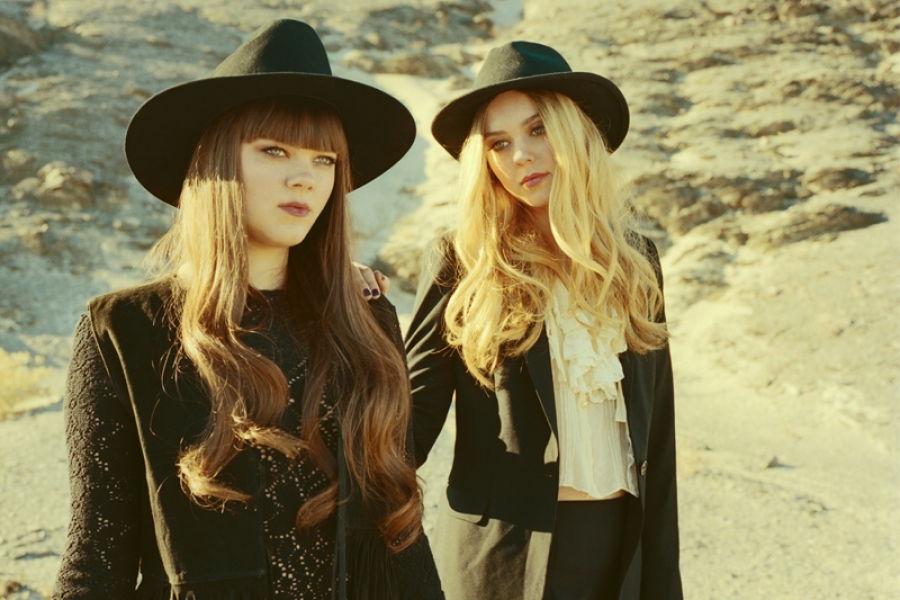 
Sweden's First Aid Kit- sisters Johanna and Klara Soderburg - have quietly become an international sensation with their gorgeous folk influenced songs and harmonies. Their success owes a lot to the web. In fact it was their MySpace recordings that were originally discovered by Karin Dreijer Andersson of the Swedish band The Knife back in 2007 that got them started. Many things have helped including Robin Pecknold of Fleet Foxes boosting their cover of "Tiger Mountain Peasant Song” on Youtube and an ongoing relationship with Conor Oberst of Bright Eyes that led to them doing vocals on his new album Upside Down Mountain. All this would mean little if the songs and the harmonies weren’t there at the beginning. The sisters’ new album is called Stay Gold and we’ll hear live performances in our studio.

More in this category: « King Khan and The Shrines Cat Power Means People Power »
back to top
Site Map | Help & FAQs | Privacy | Contact | Playlist | Public Inspection File | Public File Help
Copyright 2022 WXPN-FM / The Trustees of The University of Pennsylvania, All Rights Reserved
XPN.org is made possible with the generous support of XPN Members and our Business Sponsors.