Listen
You are here: World Cafe //   Against Me! 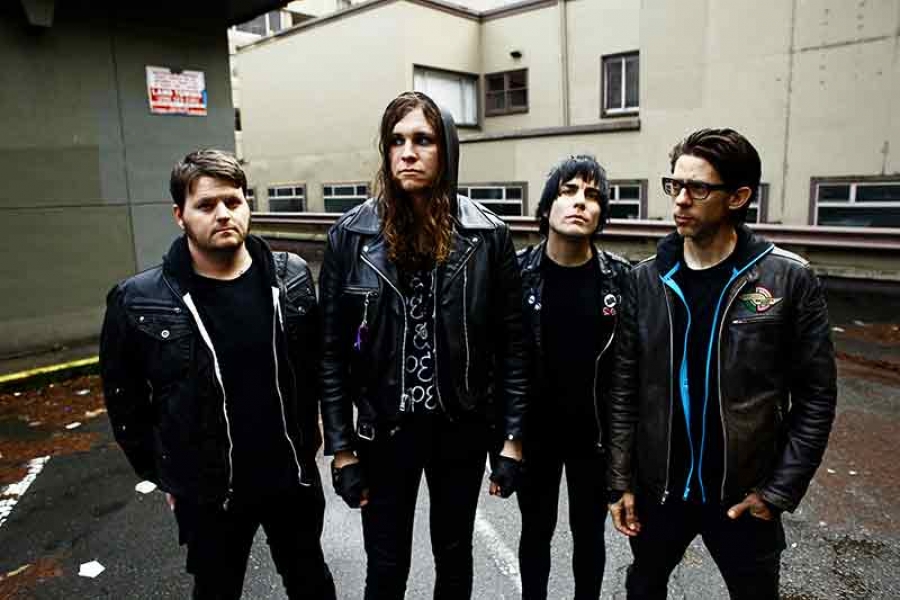 Photo Credit: Ryan Russell
Laura Jane grace of Against Me! Tells her story of transitioning to a woman and performs songs from Transgender Dysphoria Blues.


June 5, 2014 - You may already be familiar with the punk band Against Me! You may have seen the 2012 article in Rolling Stone as their lead singer Laura Jane Grace detailed her life-long feelings of gender dysphoria and talked for the first time about changing her name from Tom Gable and transitioning to a woman. It's a fascinating story that Laura is here to tell, not only in the music on her new album Transgender Dysphoria Blues but also in conversation. Against Me! Formed in Florida in 2002 as part of the hardcore influenced punk scene often writing very political lyrics. There were songs that hinted at her dysphoria but nothing like her new album where the lyrics are all about the transgender experience. We’ll find out how her audience and her band reacted to the change. Even if you don't know the music of Against Me! you'll want to hear Laura tell this story of changing her life. It’s a story with a happy ending.

More in this category: « Rubblebucket Break Up... And Don't Break Up Sharon Van Etten »
back to top
Copyright © 2022. xpn.org. Designed by Shape5.com Joomla Templates
Desktop Version