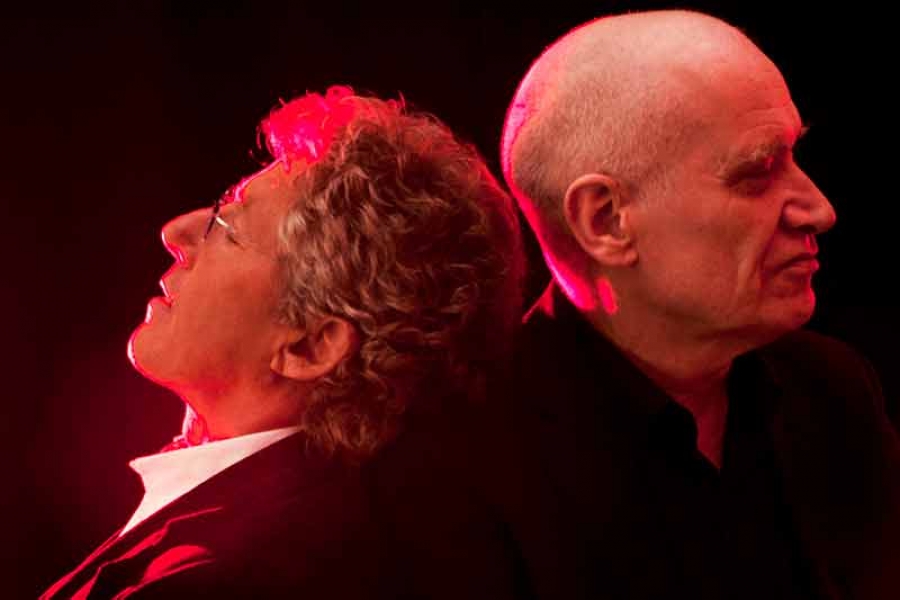 
May 22, 2014 - Our guest today is Roger Daltrey, lead singer of The Who. Roger has an album out with former Dr. Feelgood guitarist Wilko Johnson. Dr. Feelgood were a bluesy punk pre-cursor with a larger footprint in the UK than this side of the Atlantic. Johnson was diagnosed with terminal cancer in late 2012 and given 10 months to live. He has defied that prognosis. Refusing chemotherapy he went on a “Farewell Tour” and did everything he always wanted to do including calling on his friend Roger Daltrey to make that album they kept talking about. That album of Wilko Johnson classics, Going Back Home, has been in the British top 20 since it was released earlier this year. Roger Daltrey is here solo today because on the day of the interview Johnson was under the weather. Since then we have learned that Wilko has undergone experimental surgery and is now convalescing. Daltrey vows that should he recover they are definitely recording a follow-up.

SHAKIN' ALL OVER
By The Who
From Live at Leeds

Tagged under
More in this category: « Dum Dum Girls boygenius On World Cafe »
back to top
Site Map | Help & FAQs | Privacy | Contact | Playlist | Public Inspection File | Public File Help
Copyright 2022 WXPN-FM / The Trustees of The University of Pennsylvania, All Rights Reserved
XPN.org is made possible with the generous support of XPN Members and our Business Sponsors.