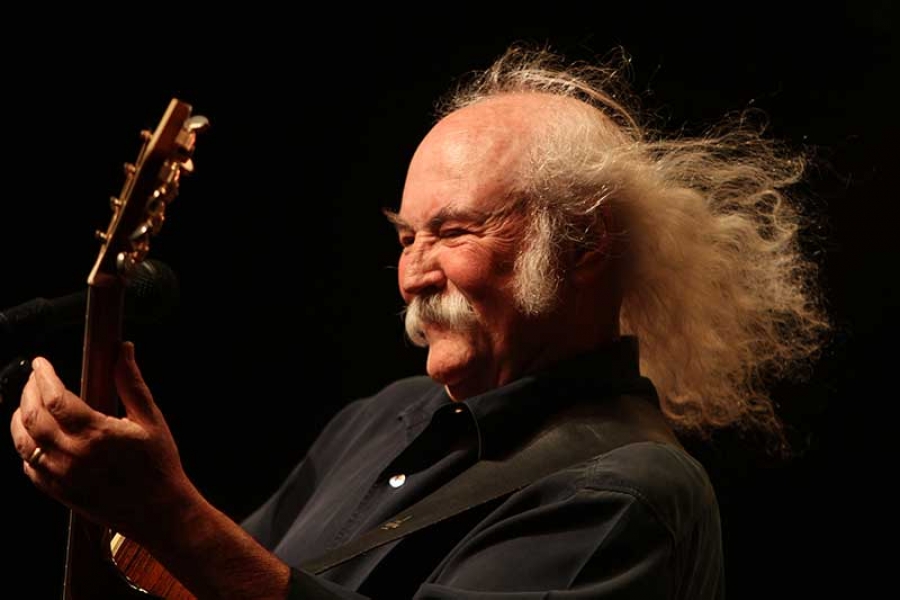 After All He Has Been Through, It’s Still About The Music For David Crosby


May 2, 2014 - As a member of The Byrds and Crosby, Stills, Nash & Young our guest today, David Crosby, is one of folk-rock's superstars. He has made four solo albums, worked with his partner Graham Nash, produced Joni Mitchell, and formed a band with his son James Raymond. He has also had a wild life such that we are just a little surprised that he is still with us. Still with us and turning out work as good and relevant as his fourth solo album Croz. His first solo album, 1971's If I Could Only Remember My Name, was a personally harrowing experience recorded in the aftermath of the death of his girlfriend Christine Hinton in a car crash. His drug excesses are legendary. His recovery after receiving a liver transplant is just as astonishing. He worked with his son James Raymond on this new album. He and his band including James will play live and we will talk about what is still most important to him, the music.

More in this category: « Real Estate The Nude Party On World Cafe »
back to top
Site Map | Help & FAQs | Privacy | Contact | Playlist | Public Inspection File | Public File Help
Copyright 2022 WXPN-FM / The Trustees of The University of Pennsylvania, All Rights Reserved
XPN.org is made possible with the generous support of XPN Members and our Business Sponsors.