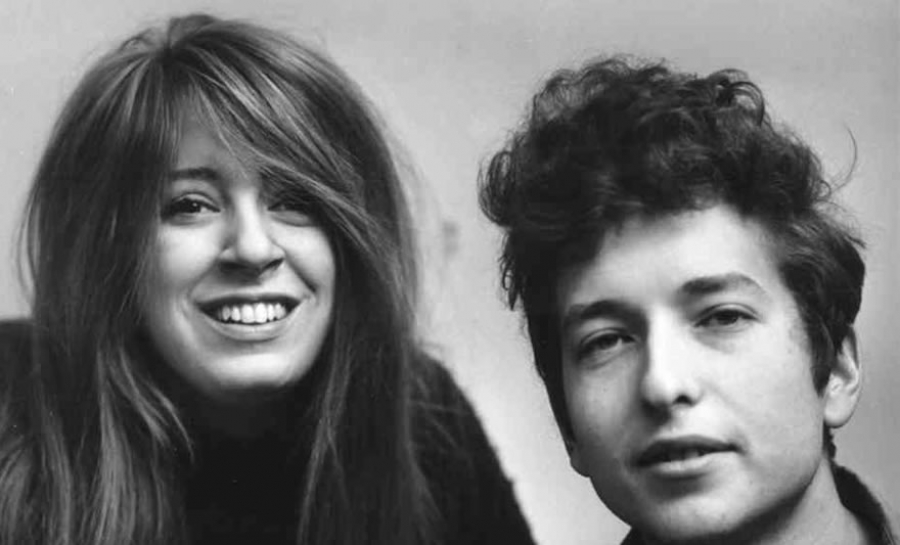 Suze Rotolo has been described as the '60s muse of Bob Dylan, the girl behind some of his most moving love songs and rousing political statements set to music.

The two met in the early 1960s in New York, and fell in love. She was a 'red diaper baby', born to Communist sympathizers in the McCarthy era. She was living a politically active life in bohemian Greenwich Village when she met Dylan at a concert. Dylan described it as love at first sight, and the two soon became romantically involved. Though the relationship didn't last, it inspired song after legendary song from the folk icon.

Rotolo died just this past February from lung cancer, and in her honor as well as Dylan's, XPN is airing a special recording. In this interview with Rotolo, recorded in 2008, she and David discuss her book, "A Freewheelin' Time: A Memoir of Greenwich Village in the Sixties". She describes what it was like to be that girl on the cover of "The Freewheelin' Bob Dylan"--the pressures, the mutual inspirations, the forces that pushed them apart, and her life afterwards as an author, artist, and activist. Rotolo remained passionately involved in politics throughout her life, and there's little doubt that this passion deeply influenced Dylan in their time together--and her admirable passion lives on in songs known the world over.

Recent Release: A Freewheelin' Time: A Memoir of Greenwich Village in the Sixties
Release Date: May 13, 2008
Label: Broadway

Tagged under
More in this category: « Questlove and Keren Ann Bonjay On World Cafe »
back to top
Copyright © 2022. xpn.org. Designed by Shape5.com Joomla Templates
Desktop Version