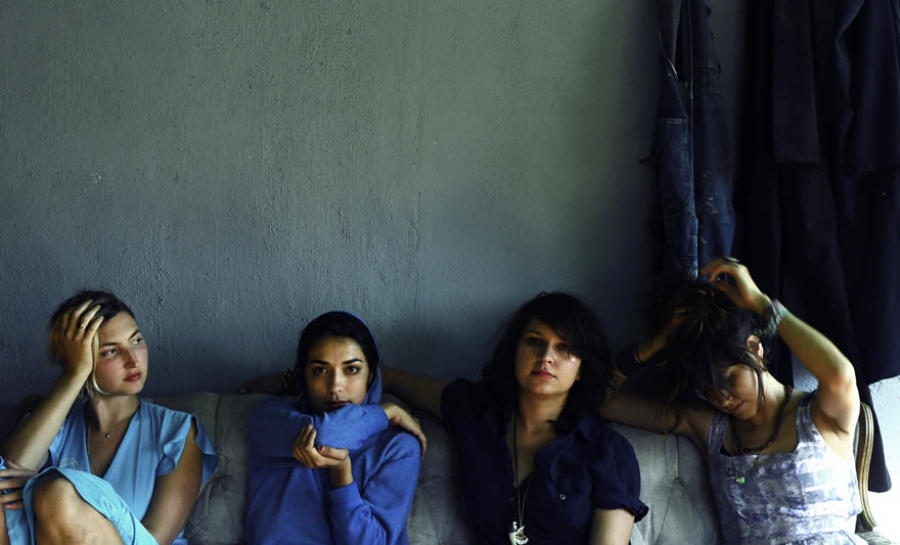 The all-female quartet from Los Angeles has been around since 2004, and after releasing their debut EP in 2008 "Exquisite Corpse," they became a local sensation. After jumping to #1 on the legendary Amoeba Records local artist chart in LA, Warpaint was picked up by Manimal Vinyl, who reissued the EP. Managing to enlist John Frusciante of the Red Hot Chili Peppers to mix the EP, their already growing buzz became massive. Throughout 2009, the girls were picked up to tour the states with School of Seven Bells, Band of Horses, Yeasayer and more recently, The XX and Beach Fossils.

The strength of their EP leaks straight into their debut full length "The Fool," which, very much like its predecessor, contains streaks of experimental funk, punk and electro pop instrumentals glazed in a thin hazy wash of vocals. Unlike other washed out new bands, they are careful about the level of effects they use; they do not drown or distort their sound to the point of indiscernable noise. Instead, they create a beautifully meandering sound that never covers up the precision of their instrumental skill or the subtlety in melodies. Such careful songwriting and arranging is matched by a strange combination of styles and overall intimacy, making "The Fool" a general pleaser and Warpaint a band to keep an eye on.

After charting in the UK and US, Warpaint has embarked on a slew of appearances, including music festivals Lollapalooza, Coachella, and the Glastonbury Festival of Contemporary Performing Arts. They're currently touring all throughout Europe, with stops in Norway, Germany, the Netherlands, and the UK.

Hear the band play live and discuss their current tour, talk about growing up together in Oregon and how California has had an influence on their musical style.

More in this category: « Elvis Costello On World Cafe Danger Mouse & Danielle Luppi »
back to top
Site Map | Help & FAQs | Privacy | Contact | Playlist | Public Inspection File | Public File Help
Copyright 2022 WXPN-FM / The Trustees of The University of Pennsylvania, All Rights Reserved
XPN.org is made possible with the generous support of XPN Members and our Business Sponsors.