Listen
You are here: World Cafe //   The Pinkertones 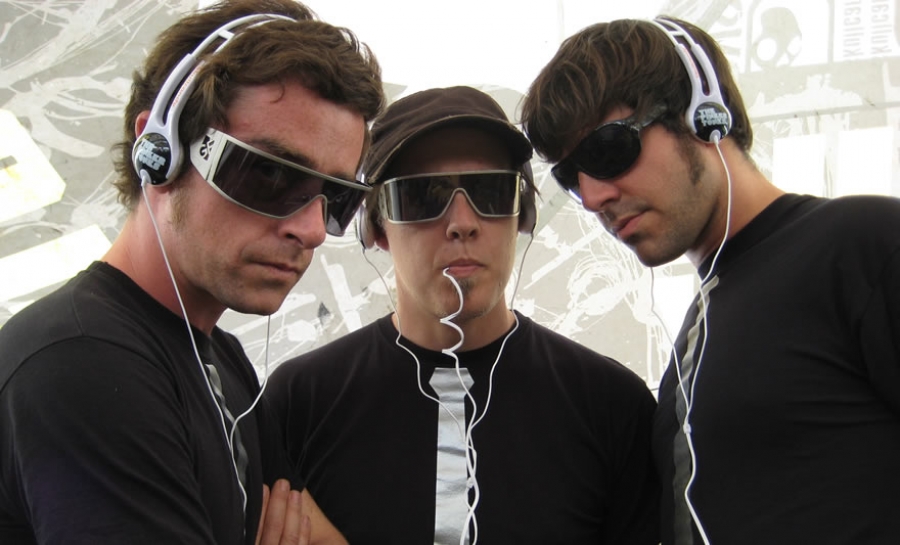 The Pinkertones are indie-electro pop sensations, hailing from Barcelona, Spain. They've been around since 2003, after putting together their first album in a small rooftop studio.

"The Pink Connection" (rechristened "Mission Pink" for its Japan release) hit shelves in 2004, and a worldwide deal with Outstanding Records in the UK solidified The Pinkertones' path to international success. Over the several years, they've released six acclaimed albums, played more than 300 shows in over 40 countries, charted top 10 on iTunes, and seen heavy music video play on MTVu and its international counterparts. Their infectious mix of pop, funk, soul, bossa, swing, and psychedelia can't be beat, and their multi-lingual recordings (Spanish, French, English, and German) create a familiar yet global style.

"Modular" is the latest offering from this trio of Spanish natives. It's the follow-up to 2008's popular "Wild Animals", and the Pinkertones have made some changes--it's their first release with a full-time drummer, and the lyrics are almost entirely in Spanish. Of course, they haven't lost any of the intensity and electrifying excitement that characterizes The Pinkertones' music. "Modular" is full of danceable beats, sarcastic and light-hearted lyrics, and the boyish humor that has brought them so many fans. With hints of Ladytron, Depeche Mode, and even Beck buried under its punk-pop veneer, "Modular" is an album for more than just the club-goers.

The Pinkertones have called "Modular" their "autobiography in song". They approach many of their influences over the years (blues-rock, punk, electronica), including a brief acoustic foray in the last track. There's little doubt that this album will help diversify and cultivate their already impressive fan base.

Tagged under
More in this category: « Angelique Kidjo The Jolly Boys »
back to top
Site Map | Help & FAQs | Privacy | Contact | Playlist | Public Inspection File | Public File Help
Copyright 2022 WXPN-FM / The Trustees of The University of Pennsylvania, All Rights Reserved
XPN.org is made possible with the generous support of XPN Members and our Business Sponsors.