Listen
You are here: World Cafe //   Peter Bjorn and John 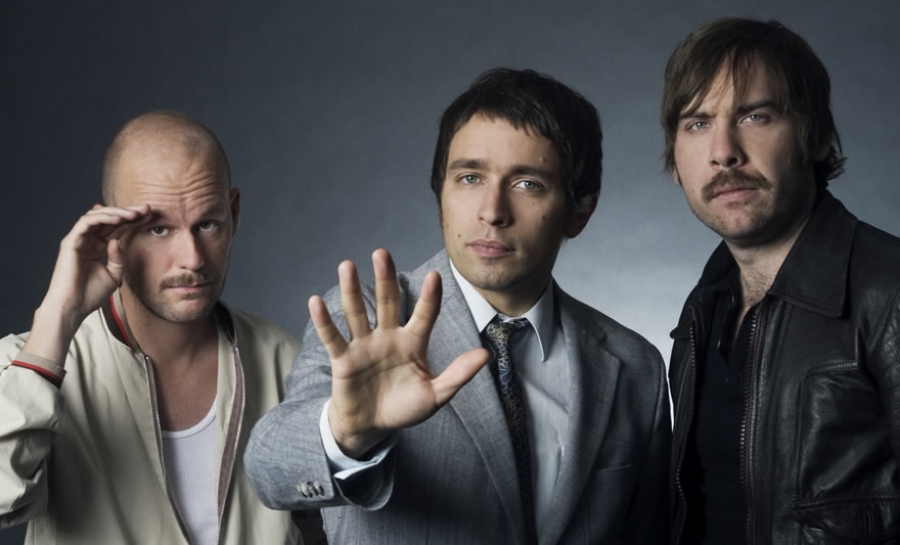 Whistling their way into indie hearts a few years ago with their unavoidable, catchy single "Young Folks," this Swedish pop outfit got their start playing together in high school.

They became official in 1999 when Peter Morén (vocals, guitar and harmonica), Björn Yttling (bass, keyboards and vocals), and John Eriksson (drums, percussion and vocals) performed their quirky new wave pop aboard a Stockholm boat. Peter Bjorn and John (known affectionately as PB&J by many of their fans) have since released five more albums. They've expanded their sound in each, such as the bongos and maracas in 2006's "Writer's Block", and the anthemic yet cynical explorations in 2008's "Living Thing". Since their launch into world fame, the three have also played with the Kanye West, collaborated with hip hop star Drake and toured extensively.

After a three-year hiatus, PB&J are back with "Gimme Some", an 11-track collection that represents a return to the catchy, wistful pop in "Writer's Block", but just a little more refined. This could be a result of the band's decision to work with a full-time producer. This latest release proves that PB&J do have more than a few infectious pop ditties up their sleeves, and this time around, the songs are full of more bright beats and colorful melodies--and PB&J are on their way to polishing their sound.

Currently, PB&J have a number of upcoming shows across Europe and North America, with stops in Sweden, Hungary, Chicago, Toronto, and Houston.